The first round of the FIFA Arab Cup ends Tuesday evening in Qatar.

Algeria have already booked their place in the quarter-finals after previously beating Sudan and Lebanon.

Madjid Bougherra's men will be looking for the first place in the duel which opposes them in the evening to their Egyptians rivals.

"After two games, we qualified since the first leg was done. We are expecting a big game. And I think that on their side too, they are also expecting a big game, knowing that we also have the quality to try to win this game so, here is a nice derby to look forward to", commented Madjid Bougherra, algeria's head coach.

As the Fennecs, Mohamed Afsha and his team-mates have also scored six goals and conceded none.

For the experienced Portuguese coach Carlos Queiroz, this game is a final before its time, an opportunity to prepare for the knockout rounds.

"We are looking forward to this game. It will be, for sure, a very exciting, attractive game for football fans and I believe that both teams have their eyes on a good win and also eyes on the quarter finals", said Egypt's coach.

Four of the six African representatives of this Arab Cup will participate in the second round. Tunisia joined Morocco last night after beating UAE 1-nil.

Sudan and Mauritania, despite a win against Syria last night, will now leave Doha. 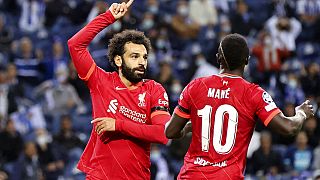