He said six people have been confirmed, 3 attackers and 3 victims.

The first blast went off near the city Central Police Station (CPS) while the second hit only meters away from the country's parliament.

Our correspondent Vincent Kasozi said the explosions appeared to be coordinated, saying they went off within seconds of each other.

"There has been no word yet on casualties but it is apparent that the death toll is going to be high. I have seen body bags being carried out of this place and there are body parts strewn all across the streets where the explosions happened," Kasozi said.

Parlaiment was immediately evacuated after the blast, with the Speaker calling off the day's session.

People were scampering to leave the city, many on passenger motorcycles. 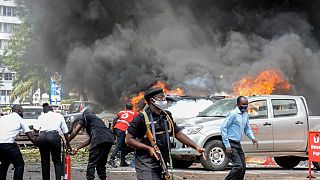 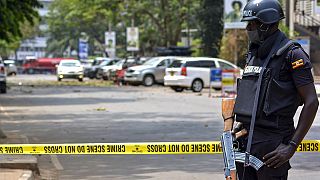