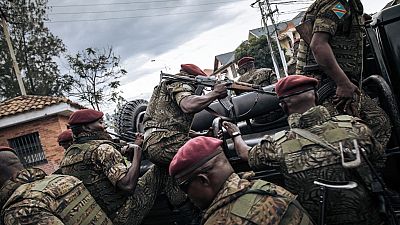 A group of rebels on early Wednesday attacked several neighborhoods, including army and police positions, in the city of Bukavu, capital of South Kivu province in the eastern Democratic Republic of Congo. Security sources have confirmed this.

Six attackers and two soldiers were killed after the attack, which began around 1:40 a.m. local time.

According to Commander of the 33rd military region, Brigadier General Bob Ngoie Kilubi, “They (rebels) fired several shots. They tried to seize ammunition in a police camp but they did not succeed.”

“They wanted to attack the 10th military region in order to free their comrades held there. The attackers are of the CPC 64 movement. We prefer to contain them in the darkness.”

He told journalists they are trying to avoid any form of destruction and are prepared for the possible consequences.

He added they managed to capture some of the rebels numbering about 40.

Brigadier General Ngoie Kilubi assured the population to remain calm and asked them not to step out of their various homes. He explained they have blocked certain exit routes in the town to reduce movements.

“Sporadic gunfire is still being heard in certain quarters of the town. The forces of order and security have been deployed to put an end to the attack that was launched last night by armed men now identified by the army as members of a movement called CPC 64,”

“There are more than 40 of them who came through Brasserie, Nyamugo, and other corners. They have been chanting and saying that they had come to liberate the country,” a senior military officer who declined to be identified because he is not authorized to talk on behalf of the army told HumAngle.

Civil society sources say the enemy forces continue to parade through certain quarters of Bukavu singing songs calling on the population to join their ranks in liberating their country.

As of 8 a.m. on Wednesday, the city was settled and was under the control of the armed forces of DR Congo, FARDC, who were struggling to restore total peace in Bukavu.

Several FARDC soldiers were disarmed by the CPC 64 during the course of the fighting. 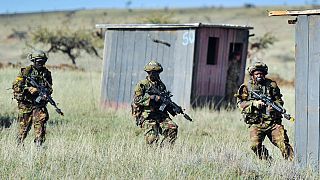