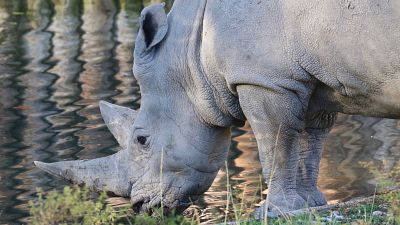 Scientists attempting to bring back the near-extinct northern white rhinoceros announced Thursday they would stop harvesting eggs from one of two remaining live specimens involved in an unprecedented breeding programme.

Citing risk and safety reasons, scientific consortium Biorescue said it had decided to retire the older of the two females, 32-year-old Najin, as a donor of egg cells for the ambitious project.

This leaves Najin's daughter Fatu -- the only other northern white rhino on earth -- as the sole donor for a programme trying to save the functionally extinct species.

"Weighing up risks and opportunities for the individuals and the entire species rendered this decision without an alternative," Biorescue said in a statement.

Since 2019, the multinational consortium has collected eggs from Najin and Fatu for an assisted reproduction programme never before tried in rhinos.

They underwent a highly risky procedure carried out by a team of international vets, which saw them anaesthetised for almost two hours, and their eggs extracted using techniques that have taken years of research and development.

The eggs were airlifted to a lab in Italy for fertilisation, development and preservation, using sperm from two different deceased males.

In July, the consortium announced they had created three additional embryos of the subspecies, bringing the total to 12.

But the viable embryos all hail from the younger rhino and the programme is not without risks despite the care taken, said Jan Stejskal, director of international projects at Safari Park Dvur Kralovs, where Najin was born in 1989.

"She will remain a part of the programme, for example by providing tissue samples for stem cell approaches, which can be performed with minimal invasion," Stejskal said.

Neither Fatu nor Najin is capable of carrying a calf to term, so surrogate mothers for the embryos will be selected from a population of southern white rhinos.

The reproduction programme is the majestic animals' last chance at survival.

The last male, named Sudan, died at the Ol Pejeta Conservancy in Kenya in 2018, where Najin and Fatu live under 24-hour guard.

Rhinos have very few natural predators but their numbers have been decimated by poaching since the 1970s.

Modern rhinos have roamed the planet for 26 million years and it is estimated that more than a million still lived in the wild in the middle of the 19th century. 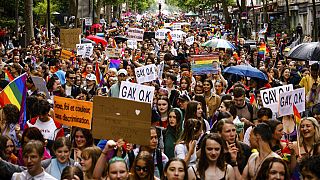