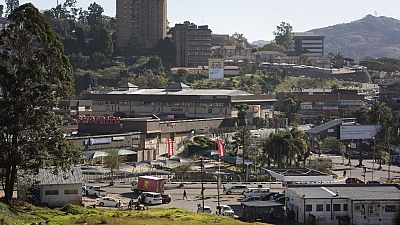 Public transport remained at a standstill Sunday in Eswatini, in the latest protest against Africa’s last absolute monarchy, rocked by a wave of pro-democracy demonstrations.

Private taxi and commuter bus operators calling for the release of two pro-democracy lawmakers pledged to continue a transport shutdown until their demands were met.

The shutdown over the past week has seen people forced to walk between towns and businesses closed because employees cannot get to work.

After a meeting on Sunday, transport operators made it clear services would not resume unless King Mswati agreed to release MPs Bacede Mabuza and Mthandeni Dube, detained during pro-democracy protests earlier this year, said transport association (SACAWU) secretary Sticks Nkhambule.

Pupils and students in the tiny, landlocked nation formerly known as Swaziland have been protesting for a number of weeks, boycotting lessons and calling for free schooling, as well as an end to the regime under King Mswati III.

Authorities said on Saturday schools had been shut indefinitely, a day after the country shut down the internet for two hours as pro-democracy marchers headed to the capital.

At least 28 people have died as police clashed with protesters in some of the worst unrest in the southern African country's history. The latest fatality came on Wednesday.

Unions, opposition parties, student groups and private commuter bus operators have all joined the latest protests over the past two weeks.

King Mswati III has ruled Eswatini since 1986 and owns shares in all of the country's telecoms.

He is criticised for living a lavish lifestyle in one of the world's poorest countries and is also accused of stifling political parties.

The king has accused demonstrators of depriving children of their education by taking part in the protests.