The arrest and conviction of Paul Rusesabagina, the man who inspired the film 'Hotel Rwanda' has drawn mixed reactions as some analysts believe he was responsible for all the acts he was charged against.

Rusesabagina, who remains in custody, has asserted that his arrest was in response to his criticism of longtime Rwandan President Paul Kagame over alleged human rights abuses.

Joshua Hammer, author and journalist believe the Rusesabagina was guilty as charged.

"There is a kind of outcry and a claim that there was a miscarriage of justice, that this was a foregone conclusion, that the president of Rwanda, Paul Kagame, was determined to silence one of his main political enemies. While there may be some validity to that, the larger truth is that all the evidence shows that Rusesabagina is guilty;" Joshua said.

Rusesabagina said he was gagged and tortured before he was jailed, but Rwandan authorities denied that.

"Anyone who claims that Rusesabagina is being railroaded frankly just needs to look carefully at his own words. Not even carefully, I mean they're pretty transparent, he never made any attempt to hide his role in all this. It was really only after his arrest that denials of any responsibility came in;" Joshua further added

Rusesabagina is credited with saving more than 1,000 people by sheltering them at the hotel he managed during the 1994 genocide in Rwanda, in which more than 800,000 Tutsi, and Hutus who tried to protect them, were killed. 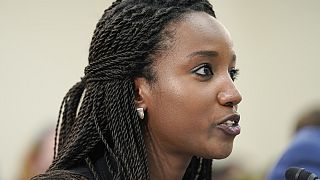 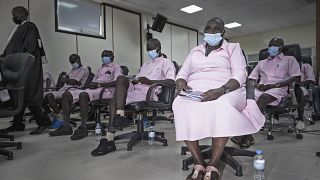