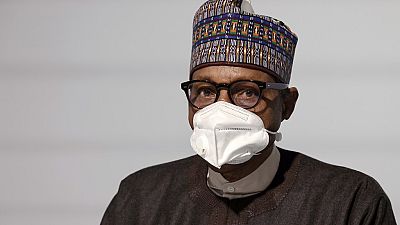 Nigerian President Muhammadu Buhari visited a restive southeastern state on Thursday in a region where separatist tensions and attacks on police have been on the rise.

The visit to Imo State came two months after a southeast Biafra separatist leader Nnamndi Kanu was captured overseas and brought back to Nigeria to face trial.

With a heavy security presence after Kanu's group called for a protest, Buhari flew to Imo capital Owerri to inspect recent construction projects with the local governor and meet with southeastern leaders.

"If there are no roads and there is no security, what can people do? Absolutely nothing," Buhari said, wearing a red cap and traditional attire of the local Igbo people, vowing more help for the state.

Five months ago, gunmen attacked the prison in Owerri city, using explosives to blast their way in and free hundreds of prisoners.

It was the most high-profile of recent attacks in the southeast that security forces blamed on Kanu's Indigenous People of Biafra or IPOB that agitates for an independent state for the Igbo people.

IPOB has denied its military wing, Eastern Security Network, was behind the violence, but tensions have grown in the region with more than 100 police killed this year.

The outlawed IPOB had called for people to stay home and for businesses to close to protest against Buhari's Imo visit.

On Thursday, in parts of Owerri, main roads were empty and markets and shops remained shut, local residents said, as many people stayed away to avoid potential tensions.

"What's Buhari coming to do in Owerri. There is no project here to commission," said Joy Ogu, a banker in the city. "I did not go to work today because of the emergency sit-at-home order."

Separatist ambitions are sensitive in Nigeria where some hardline regional and ethnic leaders push for more representation or even separate states in Nigeria, but especially in the southeast.

More than one million Igbo people died in a 30-month civil war that erupted in 1967 when Biafra leader Emeka Odumegwu-Ojuku declared a breakaway independent state.

Separatist rhetoric has increased in the run-up to the 2023 election with Buhari's allies and opponents jockeying to replace the former soldier first elected in 2015 to lead Africa's most populous nation.

Buhari's hardline critics often say he favors his home region in the north. Some local leaders call for more regional autonomy because they say his government has failed to stem insecurity.

After two terms with a northern president, his ruling All Progressives Congress (APC) party and opposition Peoples Democratic Party (PDP) are manoeuvering for potential candidates from the south.

Analysts said Thursday's visit was likely an attempt to build on APC's progress in a traditionally opposition stronghold, and show a presence after Kanu's arrest.

"Buhari by this visit tries to endear himself to the southeast and reassure people that he has nothing against them," said Dapo Thomas, history and international relations lecturer at Lagos University.

"The visit is also an opportunity for the region to be integrated into the nation's mainstream politics."