Sudan: Death sentences for six paramilitaries for the killing of protesters in 2019 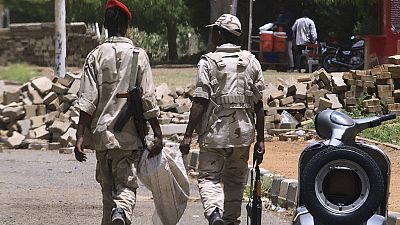 Six members of a Sudanese paramilitary force were sentenced to death on Thursday by a court in the central city of Al-Obeid for the deaths of six protesters in 2019, including four school children.

The trial, broadcast on Sudanese television, concerns events that took place during a mass protest in July 2019 against gasoline and bread shortages in Al-Obeid in the North Kordofan region. The deaths of the protesters had raised a wave of anger in Sudan, and in August 2019, authorities arrested nine paramilitaries from the powerful Rapid Support Forces (RSF) in connection with the violence.

On Thursday, Judge Mohamed Rahma sentenced six of the defendants to death and acquitted two others. The ninth, under the age of 18, was referred to a juvenile court. During the trial, the judge said that the actions of the paramilitaries had been "unnecessary" and "out of proportion" to the alleged verbal provocations of the protesters.The families of the victims demanded, on Thursday during the trial, a "punishment" for the perpetrators.

Sudan has been led by civil-military transitional authorities since August 2019, and is committed to justice for victims of violence. The FRLs were established in 2013 under former President Omar al-Bashir, who was removed in April 2019 under street pressure.

The group drawn from Arab militias was formed to fight rebels in the western region of Darfur during a multi-year conflict that has left an estimated 300,000 people dead and 2.5 million displaced since 2003, according to the UN. It is headed by General Mohamed Hamdan Daglo, known as "Hemedti," who is also a member of the Sovereign Transitional Council, the country's highest executive body.

Leaders of the pro-democracy movements, which led the popular uprising in 2018-2019, have long accused the RSF of violence against protesters, including those against a sit-in in front of the army headquarters in Khartoum in 2019. Men dressed in military fatigues stormed a camp of pro-democracy protesters in Khartoum and at least 128 people were killed.

A commission of inquiry was formed in late 2019 to look into the events, but its findings have yet to be released.