“Get the camel riders!”: outrage after racist comment at the Olympics 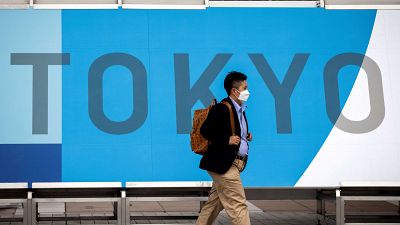 As German cyclist Nikias Arndt zoomed past him, Germany cycling sports director Patrick Moster yelled at his rider to encourage him to catch up with Azzedine Lagab and Amanuel Ghebreigzabhier, two competitors from Algeria and Eritrea.

Arndt, who was on the bike at the time, distanced himself from the comment, tweeting: "I'm horrified and I want to say clearly that I have nothing to do with these remarks, the words used were unacceptable."

After Wednesday's race, Patrick Moster said he was "truly sorry" for his remark. But despite his apologies, Moster will not be able to take further part in the Tokyo Olympics.

"We have once again weighed up all the arguments with regard to the right decision-making and in the end we have come to the conclusion that he will not continue to exercise the task as part-team leader for the cycling section, and will return to Germany in the near future," German Olympic committee president Alfons Hormann told the press.

"We are convinced that his official apology for the racist comment is sincere. However Mr Moster has stepped over the line and violated the Olympic values. Fair play, respect and tolerance are not negotiable for Team 'D'," Hormann added.

Team Africa Rising, a pan-african organisation aiming at developing cycling across the continent, called for his immediate resignation.