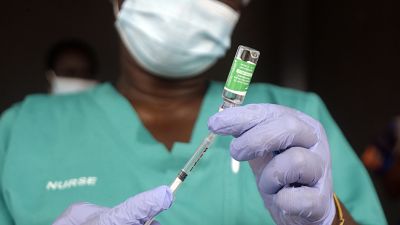 Burundi, one of the last countries in the world to start inoculating its population against Covid-19, said it has agreed to take Covax vaccines -- but with a condition.

The change of heart came a day after the IMF agreed in principle to a $78 million (65 million euro) aid package to help Burundi deal with the fallout of the pandemic.

Health Minister Thaddee Ndikumana announced Wednesday that Burundi would accept Covax vaccines offered by the World Bank, but would refuse to sign a waiver he said was demanded by pharmaceutical companies.

Burundi along with Eritrea and North Korea are the only countries yet to start Covid-19 immunisation campaigns, after Tanzania began rolling out vaccinations on Wednesday.

Until now, the government had refused to be part of the Covax initiative, saying it did not want vaccines that were still "at the experimental stage".

Ndayishimiye and his predecessor Pierre Nkurunziza, who died suddenly in June 2020 amid speculation he had contracted Covid, had previously downplayed the gravity of the pandemic, saying God had spared Burundi from its ravages.

But the country still only rarely gives data on coronavirus infections. The latest, issued on July 13, show a total of 5,723 cases and eight deaths.

"When the vaccines are here, any Burundian who wants to can go (and get a jab)," Health Minister Thaddee Ndikumana said.

But the minister insisted Burundi would not sign a form he said would commit the government to compensate victims of "undesirable" side effects from the jabs.

Details of the document and its demands were not known and it was not immediately clear if Burundi would not take the vaccines if it was obliged to sign the waiver.

Asked about the issue, Africa CDC director John Nkengasong said he had not seen the document and could not comment on the specifics, but that they were ready to assist in monitoring the vaccine rollout.

"We stand ready to work with Burundi to provide them with the technical assistance so that they can deploy the vaccines in all dimensions and not just look at the immunisation but also monitor the effects of the vaccines going forward," he said at a joint press conference with the World Health Organization's regional office for Africa.

The International Monetary Fund meanwhile said Tuesday it had agreed in principle -- subject to higher IMF approval -- to a $78 million credit facility to address the "economic and social impact" of the pandemic in Burundi.

The country's economy shrank by about one percent in 2020, the IMF said.