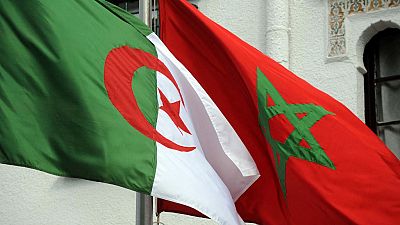 Algiers decided on Sunday to recall its ambassador in Rabat for "consultations with immediate effect", against the backdrop of a new diplomatic crisis between the two Maghreb countries caused by the Western Sahara dispute.

This recall follows "the drift of the Moroccan diplomatic representation in New York which has distributed an official note to member countries of the non-aligned movement in which Morocco "publicly and explicitly supports an alleged right to self-determination of the Kabyle people", said the Algerian Ministry of Foreign Affairs in a statement.

During a meeting of the non-aligned movement on July 13 and 14 in New York, the Moroccan ambassador to the UN, Omar Hilale, passed a note in which he believes that "the valiant Kabyle people deserve, more than any other, to fully enjoy their right to self-determination.

This is a red line for Algiers, which opposes any desire for independence in Kabylia, a Berber-speaking region in northeastern Algeria.

This is the first time, it seems, that a Moroccan diplomat has expressed his support for Kabyle separatism, in reaction to Algiers' support for Sahrawi independence fighters against Morocco.

The Movement for Self-Determination of Kabylia (MAK) was classified on May 18 by the Algerian authorities as a "terrorist organization.

On Friday, the Algerian Ministry of Foreign Affairs issued a statement urging "the Kingdom of Morocco to clarify its final position on the extremely serious situation created by the inadmissible remarks of its ambassador in New York.

"In the absence of any positive and appropriate response from the Moroccan side, it has been decided today, the recall, with immediate effect, for consultations, of the Algerian Ambassador in Rabat, without prejudice to other possible measures depending on the evolution of this case," warns the Algerian statement.

Since the controversy, the Algerian political class, all trends, has stressed its commitment to the unity of the country and denounced a "call to sedition" from the Moroccan neighbor.

On social networks, many Internet users and sites have also defended the territorial unity of Algeria.

The Algerian media are not left out, like the French daily L'Expression, close to the government, castigating the Moroccan king Mohammed VI who "stubbornly wants to annex the Western Sahara.

Traditionally difficult, relations between Algeria and its Moroccan neighbor have recently deteriorated due to the thorny issue of Western Sahara.

The normalization of diplomatic relations between Morocco and Israel -- in return for American recognition of Moroccan "sovereignty" over this territory -- has further heightened tensions with Algeria, which has denounced "foreign maneuvers" aimed at destabilizing it.

For its part, Morocco considers Algeria to be a "real stakeholder in the conflict" in Western Sahara, considered a "non-self-governing territory" by the UN in the absence of a final settlement.

The conflict has pitted Morocco against the Algerian-backed Polisario Front independence fighters since the departure of Spain, the former colonial power, in 1975.

Rabat, which controls nearly 80% of this vast desert territory, rich in phosphates and with strong maritime resources (fishing), is proposing an autonomy plan under its sovereignty.

The Polisario, which proclaimed the Sahrawi Arab Democratic Republic (SADR) in 1976, continues to demand, with the support of Algeria, the holding of a referendum provided for by the United Nations at the time of the signing of a cease-fire between the belligerents in 1991.

All attempts to resolve the conflict have failed so far.