Despite missing two-time MVP Giannis Antetokounmpo, the Milwaukee Bucks earned a spot in the NBA Finals for the first time since 1974.

Khris Middleton scored 32 points, including a run of 16 straight points in a decisive third quarter that carried the Bucks to a 118-107 victory over the upstart Atlanta Hawks in Game 6 of the Eastern Conference finals Saturday (3 July).

On making the NBA Finals Jrue Holiday described "Khris (Middleton) as the heart of the team. "I feel like Giannis (Antetokounmpo) is the soul of this team. Without them man, we really wouldn't be here".

On Giannis leadership on the sidelines, Holiday had this to say "He's motivating everybody, he's motivating me. He tells me to push the pace, keep on being aggressive. He's telling me to lock people up. I feel like what he brought to the game today, how he leads us and again. He is pretty quiet, but how talkative he's been, he's been awesome for us and very, very encouraging."

Milwaukee won the series 4-2, advancing to face the Suns in the NBA Finals. Game 1 is Tuesday night in Phoenix. Trae Young returned to the Hawks lineup after missing two games with a bone bruise in his right foot, but the young star struggled to get anything going and finished with 14 points and nine assists. 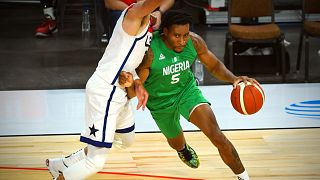