As a third wave of the COVID-19 pandemic weighs down on the Democratic Republic of Congo, the Central African nation has seen a significant increase in the number of infections and deaths over recent weeks.

Its vaccination rollout -- launched in March a month after European countries suspended the OxfordAstrazeneca vaccine which it received via the COVAX initiative, has been stalled.

The slowness of the vaccination campaign is due to a growing distrust compounded by circulating misinformation.

Mimi Henriette Mishika, head of the vaccination unit at Ngaliema Clinic explores the importance of creating awareness among the population of the benefits of the COVID-19 vaccine during this unprecedented health crisis.

"At the beginning of the vaccination campaign, people did not understand. The Congolese still stayed at home, saying that the vaccines had many problems.

"But since the third wave came, even they have started, the Congolese are beginning to understand. And there are also some, some people that demand their drivers, their domestic workers and their gardeners to come and get vaccinated, to understand the benefits of the vaccination.

With a large percentage of the Congolese population still suspicious of this particular brand of the coronavirus vaccine, the turnout rate to get vaccinated has been rather low in the country.

After receiving his second jab on Thursday in Kinshasa, 61-year-old businessman Gode Kanku shared some of his reflections.

"If in the time of our mothers, in the time we were little children if these "WhatsApp doctors" had existed (people who post unreliable medical information on social media) I think we would have all died because our mothers who did not go to school agreed to vaccinate us against smallpox, measles, polio -- all the other diseases without debate.

"Today, we are more educated, but curiously, we refuse vaccination. This is a certain danger for our society, according to what I have read here and there. The Congo is being blacklisted because we risk many deaths if we don't accept vaccination."

"We have to come to receive this vaccine because we are going to save others as well," she commented.

Many other countries on the African continent are also navigating similar challenges of COVID-19 vaccine hesitation due to fears over potential side effects. 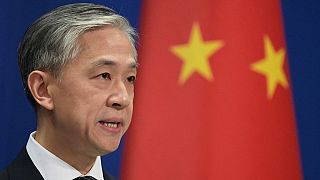 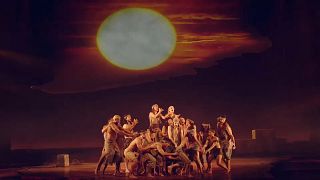