Can Tigray, a religious, economic and political Mecca of Ethiopia restore its old glory? 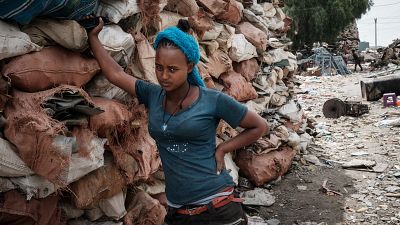 Tigray a remote region of Ethiopia with considerable cultural, economic and political weight has dominated news headlines across Africa for nearly a year over a deadly conflict between its authorities and that of Ethiopia's national forces.

Forces loyal to the region's dissident authorities are waging an offensive against the Ethiopian army. Prime Minister Abiy Ahmed launched a military operation in november to overthrow the local authorities, who are part of the Tigray People's liberation Front (TPLF). The devastating has lasted for nearly eight months. But what do we know of the region?

Tigray is a region of mountainous highlands and low plains in the far north of Ethiopia, more than 600 kilometers from Addis Ababa, the federal capital.

It is one of Ethiopia's ten administrative regions, divided according to a system of "ethnic federalism".

The majority of the population is Tigrayan, an ethnic minority of about six million people, or less than six per cent of the 110 million Ethiopians.

On its southern border, Tigray borders the Ethiopian region of Amhara, which sent regional forces to the area when the military operation began nearly eight months ago.

The region is bordered to the north by Eritrea, its long-time enemy, whose troops are also involved in the conflict.

Tigray has played a major role in Ethiopia's history, particularly its religious history, and is a major tourist destination.

Classified as a Unesco World Heritage site, the city of Aksum was the heart of ancient Ethiopia, whose powerful kingdom of the same name (1st-9th centuries) was Christianized by the Egyptian Church in the 4th century.

Aksum is today a sacred place for the orthodox Christians of Ethiopia, where the emperor Menelik I is believed to have brought back from Jerusalem the famous Ark of the Covenant, a chest containing the tables of the Law.

At the end of November, Eritrean soldiers massacred more than a hundred civilians in Aksum, including believers gathered for a religious festival. The massacre which was verified from survivor tales and accounts and satellite constitute a part of investigation into possible war crimes and crimes against humanity allegedly committed in the conflict.

The region is also home to dozens of centuries-old churches carved into the rock atop sometimes spectacular rocky outcrops, as well as the Al-Nejashi mosque, a place of pilgrimage for Muslims, which was damaged during the conflict.

Tigray is an agricultural region, but it is also home to industries of national importance, although key sites, such as Almeda Textiles, one of the country's largest textile factories, have been allegedly looted by Eritrean troops, according to AFP sources.

This however unfortunate offers a glimpse into the importance of the region to Ethiopia.

The TPLF ruled the region until the fall of the regional capital Mekele on November 28, three weeks after the start of the military operation.

Through this party, Tigray dominated Ethiopia's political and security structures for nearly 30 years, between 1991 -when it toppled the Derg's militaro-Marxist regime- and 2018 -when Prime Minister Abiy Ahmed took power.

Its leaders were then gradually removed from leadership positions in Addis Ababa and effectively moved to the opposition, reducing the TPLF's political influence nationwide.

Since late November, most of its leaders have been on the run and fighting has continued.

Around June 21, when much of the rest of Ethiopia was holding highly anticipated national elections, the pro-TPLF forces, who call themselves the Tigray Defence Forces (TDF), launched a major offensive.

On Monday, they entered Mekele, which had been deserted earlier in the day by federal troops and the interim administration, triggering scenes of jubilation in this historic TPLF stronghold.

The former TPLF government declared Mekele to be under its control and called on its "people" to drive out "the enemies" of Tigray. Authorities in Addis Ababa surprisingly announced a ceasefire it said was aimed at getting in humanitarian aid to Tigray.

But now, what next for Tigray? Will this region ever regain its glory in the socio-political context of Ethiopia?