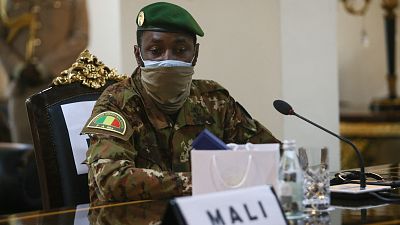 West African states said on Saturday they will carry on monitoring events in Mali following a coup before lifting its suspension from a regional bloc.

Bamako has announced a new civilian government and promised to adhere to a roadmap to elections early next year, after the coup in May led by Colonel Assimi Goita.

He had already led a coup last August with other army officers to oust elected President Ibrahim Boubacar Keita after weeks of mass protests over corruption and the long-running jihadist conflict.

"When you look at the situation, there were positive developments," ECOWAS commission chief Jean-Claude Kassi Brou told reporters after an ECOWAS summit in Ghana's capital Accra.

But he said heads of state decided more monitoring was needed before lifting Mali's suspension.

"At this stage, while they saw positive developments, they thought that due to the fact they want to see how firm progress is being made, the suspension is still maintained...."

"The heads of state want to be more reassured about progress."

Mali announced a new government this month in which key roles were retained by army figures.

Goita led the second coup on May 24 over a government reshuffle that sidelined key army officers.

France, which has thousands of troops stationed in the war-torn country, suspended military cooperation with Mali.

Paris followed up this month by announcing that it would wind down its 5,100-strong Barkhane force that has battled jihadists in the Sahel since 2013.

The colonel appointed a civilian prime minister, in keeping with international demands, and said he would stage elections next February.