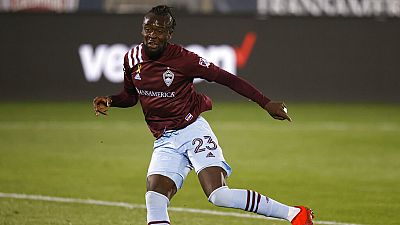 Sierra Leone won Tuesday afternoon in Conakry the last ticket for the Africa Cup of Nations (CAN) by beating Benin 1-0 after a long duel with the Covid-19 pandemic.

Sierra Leone won thanks to a penalty converted in the 19th minute by Kei Kamara. It takes away from Benin on goal difference the second qualifying place in Group L, far behind Nigeria, after a game postponed twice because of positive tests to Covid-19.

Jubilant scenes erupted at the final whistle in the streets of the Sierra Leonean capital Freetown and among groups of fans lost in the Lansana Conté stadium in Conakry, the Guinean capital, where the match had been relocated and was played behind closed doors after many ups and downs.

The doubt remained until the end on the holding of the meeting between the second and the third of the group L. Initially scheduled in March and postponed following an imbroglio at Covid-19, the game was to be played Monday afternoon in Conakry.

But it had been postponed to Tuesday after the announcement, shortly before the kick-off and in great confusion, that six players from Sierra Leone and two members of the coaching staff had been declared positive for the coronavirus.

The decision was then taken to conduct new tests on Monday evening, with a new medical team and a new laboratory. The tests of five of the six players came back positive on Tuesday morning, an official of the Sierra Leonean delegation, Babadi Kamara, told AFP. The goalkeeper's test came back negative.

In March in Sierra Leone, the match had not taken place after the announcement, at the last moment and in obscure circumstances, of five positive cases among the "Squirrels" of Benin. The Beninese had contested. The Sierra Leonean Federation accused the Benin team of refusing to play, and CAF finally rescheduled the match in June. Sierra Leone needed a win to qualify. 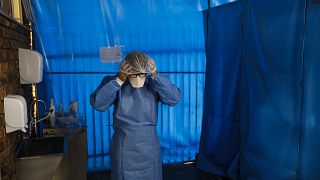