In Paris, Algeria's diaspora is voting in a parliamentary election that is being shadowed by a boycott of the Hirak protest movement and a worsening economic crisis.

Saturday's poll comes as authorities seek to bolster their legitimacy and weaken the Hirak.

Back in 2019, the Hirak mobilised hundreds of thousands to force longtime president Abdelaziz Bouteflika into resignation, after he launched a bid for a fifth term.

It has urged boycotts of all national votes since then. A presidential election 18 months ago, won by Abdelmadjid Tebboune, attracted a turnout of less than 40 percent, even according to official figures.

Last month, the International Crisis Group said Algeria's situation had "deteriorated", noting that the authorities had "stepped up repression" against Hirak supporters ahead of the polls, "quashing demonstrations and arresting scores".

Tebboune's government claims to have responded to the Hirak's main demands "in record time" and dismisses them as "counter-revolutionaries" in the pay of "foreign parties" hostile to Algeria.

For the protest movement, Tebboune's status as a former prime minister under Bouteflika dovetails into its narrative that the old guard remains unashamedly at the helm.

On Tuesday, the president told the country's High Security Council that Algerian law protected the right to vote and "criminalises any interference" with that process.

Armed forces chief of staff Said Chengriha has warned against any "action aimed at disrupting" the vote.

Pro-government parties and state media have urged people to turn out in droves for an election it claims is "crucial for the stability of the country".

More than half of Algeria's 44 million people are eligible to vote on Saturday to elect 407 members of the lower house, the People's National Assembly (APN), for a five-year term.

A lacklustre campaign stirred up little passion, with the El Watan newspaper summarising it as "rather timid".

Those who do vote on Saturday in Africa's biggest nation -- largely desert, with most people living along the Mediterranean coast -- must choose from more than 13,000 candidates, more than half listed as "independent".

It is the first time that so many independents are running against candidates from established parties, groups largely discredited and held responsible for the political crisis.

Many predict that established parties -- including the winners of the 2017 polls, the National Liberation Front (FLN) and the Democratic National Rally (RND) -- will see big losses.

The El Watan daily questioned Wednesday if the polls could "end the grip of the FLN-RND" on parliament.

But it remains unclear if the swathes of independents can persuade people to turn out -- or whether they can take the votes needed to win a seat.

Under new rules, women make up half of the candidates -- in 2017, women took a quarter of seats -- but activists are also doubtful if that will translate into a more equitable share of power.

Meanwhile, Islamist parties are seeking to take advantage of the boycott to increase their representation.

These parties reject any ties with the banned Islamic Salvation Front (FIS) or with groups who pushed for an Islamic state during the brutal civil war that raged in the former French colony from 1992-2002.

But the Islamists are split between five rival parties, and may struggle to persuade more radical Islamists to cast a ballot.

Security forces are expecting little problem on polling day, although some fear unrest in Kabylie, a largely Berber region east of Algiers, whose two leading parties have declined to take part in the vote.

With the unemployment rate last year at more than 12 percent, according to World Bank figures, the daily struggle to get by is for many a more pressing concern than the election.

Algeria, Africa's fourth-largest economy, was hard hit by the fallout from the coronavirus pandemic, which has claimed more than 3,500 lives in the country, according to health ministry figures.

The collapse of oil revenues in 2020 due to falling crude prices caused by sagging world demand hit the economy especially hard.

Oil and gas account for some 30 percent of Gross Domestic Product and 90 percent of Algeria's total exports, while coronavirus restrictions dealt further blows to the economy.

For some, such as Amel Boubekeur, a sociologist at the School for Advanced Studies in the Social Sciences in Paris, the election is a way for the regime to go through the motions of democracy without enacting change.

"Power needs to renew itself -- or to give the illusion of renewal -- and to renew its legitimacy through elections," Boubekeur said. 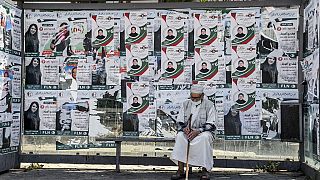 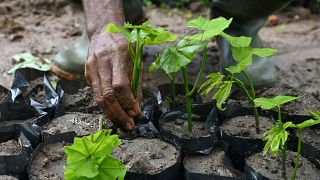 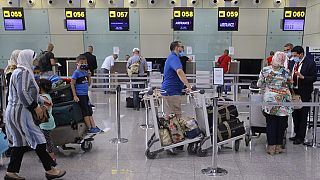