Tuesday 8 June marks World Oceans Day, a day to inform the public of the impact of human actions on the ocean.

The United Nations says: "World Oceans Day reminds everyone of the major role the oceans have in everyday life. They are the lungs of our planet and a major source of food and medicine and a critical part of the biosphere."

Africa is no stranger to man-made disasters in its oceans.

In August 2020, the pristine coast in Mauritius turned black after a major oil spill caused by a Japanese ship that ran aground.

Before the leak was stopped, about 1,000 tonnes of oil had seeped into the Indian Ocean in the worst environmental disaster Mauritius has seen.

Tens of thousands of people volunteered for the clean-up and more than 50 whales and dolphins washed up dead on the island’s shores.

But oil spills are not the only concern for Africa's oceans.

Pollution and plastic bags and bottles are also a worry- as most of it ends up on the sea bed.

It can then be ingested by fish or mammals and it can find its way into the human food chain.

Overfishing is also a global concern.

As well as marine life being harmed, so is the fishing industry, which many Africans are dependant on for their livelihoods.

The UN says: "even though all its benefits, the ocean is now in need of support."

"With 90% of big fish populations depleted, and 50% of coral reefs destroyed, we are taking more from the ocean than can be replenished. To protect and preserve the ocean and all it sustains, we must create a new balance, rooted in true understanding of the ocean and how humanity relates to it" 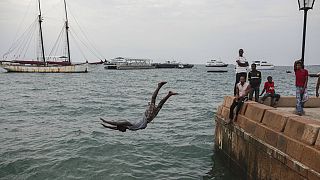 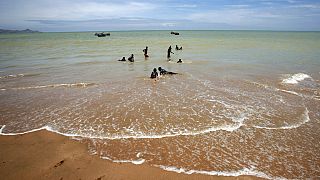 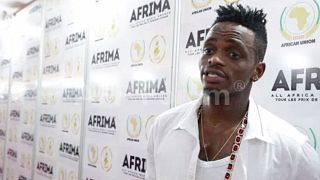