The Tunisian Coast has seen a peak in migrant departures to Europe in recent months.

But a solution to the crisis cannot just come from Europe, Tunisian President Kais Saied said in Brussels when he met with the presidents of the European Commission, Ursula von der Leyen, and the European Council, Charles Michel.

In an interview with Euronews, he said that migrants who arrive illegally in Europe from Tunisia or North Africa are encouraged by networks in Europe, which exploit them and violate their fundamental rights.

"Who receives them in the north? When they turn to the fields or to some factories, and work in the so-called black or paperless work, who exploits them and who benefits from it? Here also, it is necessary to fight the networks that traffic in human beings within Europe. We must give man his right everywhere," Saied said.

For the Tunisian president, it is necessary to look for the reasons that push young people to migrate, such as the lack of job opportunities. But he asks to take also into consideration the positive side of skilled migrants, as Europe profits from it.

"We must also talk about the regular migration of a number of scholars. In the past year, nearly five hundred doctors went to Europe," he said.

"They are absolutely invaluable human resources. We must address the issue from all angles, not one. One is limited to the presence of a number of miserable poor migrants who have no hope in life... The issue cannot be addressed unilaterally, nor can it be with a pure security approach."

The U.N. refugee agency says most new arrivals land in Italy and Spain from Tunisia and Algeria.

The EU is working on a deal with Tunisia to offer economic help to reduce migrant sea crossings. 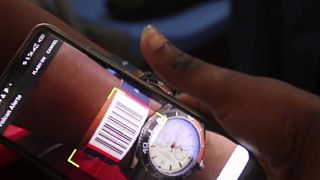 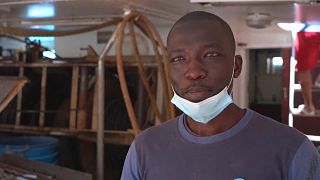 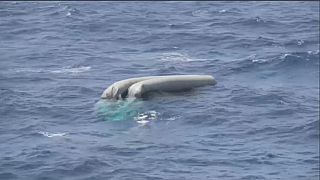