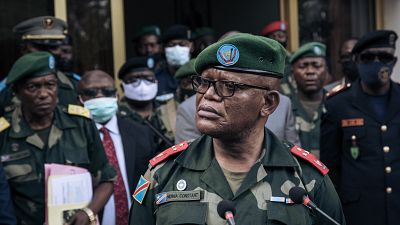 Facing criticism after a deadly attack by the Allied Democratic Forces (ADF) rebels, the military governor of Ituri province Lieutenant-General Jonny Luboya, has said security will be restored in the Ituri region quickly.

At least 50 people were killed in two overnight attacks on Sunday in the deeply troubled region, according to military officials.

"We had to evaluate the situation, we had to know what we call the operational value, we were going to increase our power little by little," said Luboya, according to Actualitécd.

President Felix Tshisekedi recently placed eastern Democratic Republic of Congo under military rule, saying it was necessary to defeat the numerous armed groups that have made the area ungovernable.

But fighters have been able to launch daring raids killing dozens of civilians in North Kivu and Ituri provinces.

Luboya pushed back against accusations that the operation to restore order was failing.

"We have almost all the teams, that is to say, the new regional commander, all his deputies have arrived, the deputy divisional commissioner is here, I think he is also almost complete, the auditor has also arrived. The sector commander has also arrived, so I think the whole team is there. And we are going to evolve gradually, and we are going to be reinforced in terms of personnel until then,” he said.

A UN report released last year said armed groups had been responsible for up to 800 deaths of civilians in eastern Congo.

The UN’s Joint Human Rights Office (UNJHRO) report said that between January 1, 2019, and June 30, 2020, 793 people were killed by ADF fighters in the eastern provinces of North Kivu and Ituri.

Nearly 122 armed groups are active throughout eastern DRC, according to the Kivu Security Barometer (KST), in a region scarred by violence of all kinds for three decades.

But the government's optimism is far from enchanting in the DRC. The 2018 Nobel Peace Prize winner Denis Mukwege denounced the May 31 massacre, calling on the authorities to break the cycle of violence and impunity by bringing to justice those responsible for the crimes.