Ivory Coast's former president Laurent Gbagbo is not likely to return during political tensions, say several of his close associates.

That despite Gbagbo's party, the Ivorian Popular Front (FPI), announcing on Monday he would return on June 17.

Gbagbo is a highly controversial figure in Ivory Coast, where he was forced out a decade ago after a civil war that claimed several thousand lives.

He faced charges by the ICC for crimes against humanity during that conflict.

He was acquitted in 2019 and in March a failed appeal permitted his return.

Speculation of when he returns has been building for months and his supporters say they want to welcome him in triumph.

But the government is in favour of a lower profile, wary of potential unrest

The Communications Minister said the date of June 17, announced by the party, had not been previously agreed by the government.

"The date was to be discussed consensually" between the government and Gbagbo's Ivorian Popular Front (FPI), said Communications Minister Amadou Coulibaly , adding: "It was not."

Coulibaly, who is also government spokesman, said that in order to set a date "consensually... arrangements must be implemented," notably for Gbagbo's "safety".

Gbagbo's return will be the start of a "new phase", FPI secretary-general Assoa Adou said on Monday -- "an important phase for the future of Ivory Coast, the phase of reconciliation, peace, the reconstruction of our country". 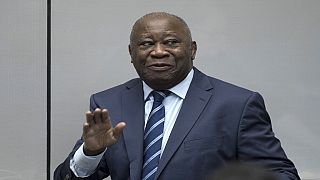 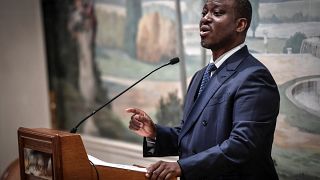 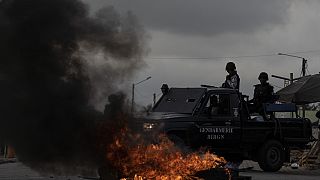