At least 2,000 minors spent International Children's Day, 01 June, without their families in northern Mozambique, due to the armed conflict in that region, according to the United Nations Children's Fund (Unicef) in Mozambique.

Since 2017 the armed violence in Cabo Delgado has separated children from their families, according to Claudio Julaia, emergency specialist for the UNICEF in Mozambique.

"The needs of these children are immense. They need food assistance and shelter as well as psychological support," he added.

Most of the 2,000 children are sheltered in the homes of displaced families with solidarity in reception centers, but according to UNICEF, it is not an "easy process".

"What we have done is to identify, in reception centers or in the neighborhoods, families who are willing to take in these children. We give these families training and additional assistance," he said.

According to Cláudio Julaia, there are at least 364,000 children amongst 700,000 displaced by the conflict are spread across five provinces, namely Cabo Delgado, Niassa, Nampula, Zambézia and Sofala. UNICEF termed this as worrying.

"Almost 90 percent of the displaced children are in Cabo Delgado, and many of these children live in the homes of relatives. It is worrying to see that the number has been increasing", he said.

In addition to food assistance, UNICEF has been focusing on psychological support for minors, shaken by violence.

"At this moment, around 1,700 children have been assisted in terms of psychosocial support, through an initiative called 'friends of the children.

"Children have the opportunity to play and have access to recreation to help overcome the trauma," he added.

The increase in the number of children in need of help in Cabo Delgado worries the organization at a time when Unicef is warning of a $31 million budget deficit for its operation.

"The funding situation is not good," Claudio Julaia said, adding that the increase in the number of displaced people in recent months leaves the situation "more complex".

"At this point, we have some resources that will help people at Cabo Delgado, but naturally, if we don't receive additional resources, then we will reach a point where we won't have the capacity to continue supporting these children," he warned.

Armed groups have terrorized Cabo Delgado since 2017, with some attacks claimed by the 'jihadist' group Islamic State, in a wave of violence that has led to more than 2,500 deaths according to the ACLED conflict registration project and 714,000 displaced people according to the Mozambican government.

The number of displaced persons increased with the attack on the village of Palma on 24 March, an incursion that led to dozens of deaths and injuries, with no official figures announced yet.

The Mozambican authorities announced they controlled the town, but that attack led the French oil giants Total to abandon their operations. 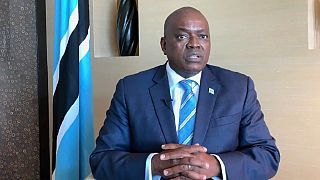 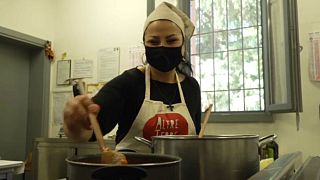