An exodus of tens of thousands of people on Thursday morning after authorities ordered the evacuation of part of Goma city in the Eastern region of the Democratic Republic of Congo.

The military governor of North Kivu province, General Constant Ndima, said in an address on local media to the population -- citing the names of ten districts in the city :

"The current seismic and ground deformation data indicate the presence of magma under the urban area of Goma, with an extension under Lake Kivu.

"We cannot currently rule out an eruption on land or under Lake (Kivu) which could happen very soon or even without any warning."

Residents are heading towards the southwest region of Masisi, Sake and the nearby Rwandan border to avoid a possible sudden eruption of the Nyiragongo volcano -- whose weekend lava spurt has already devastated the area.

Espérence Mwamba, a passenger to be transported out of the now-forbidden area of the city is over the natural phenomenon.

"I left for Bukavu and then Uvira to escape the volcano. I can't stand these earthquakes."

"I decided with my family to cross to the other side of the lake in Bukavu. We can't stand the tremors."

Locals were advised to pack bare essentials to give everyone the chance to embark, close their homes without haste and exit the area under the coordination of humanitarian workers

Jöel Semanza, a local shipowner, is ready to lend a hand in aid of the community cause.

"If the craze continues like this, we will bring an empty boat to Bukavu to pick up the migrants."

Also mentioned by General Constant Ndima in his media address:

"The situation can change rapidly, it is under constant surveillance", and in "anticipation of this possible disaster, evacuation is compulsory and will take place towards Sake (a town 20 km west of Goma).

"It must be done calmly and without haste under the coordination of humanitarian workers and with the means of transport made available by the provincial authorities in each district."

"People should take only the minimum with them, after having taken care to close their homes," he concluded. 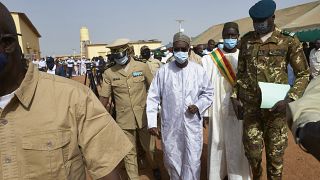 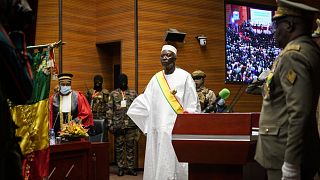 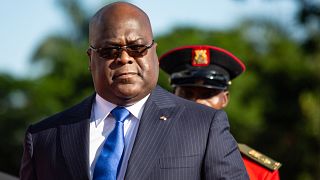