Al Ahly of Egypt booked a place for the semi-finals with a 1-1 draw over South Africa's Mamelodi Sundowns.

It is a triumphant return to South Africa for Ahly coach Pitso Mosimane against his former club.

In Tanzania, South Africa's Kaizer Chiefs survived a late fightback by Simba to progress to the semi-finals.

Simba began the quarter-final 4-0 down from the first leg. Cletus Chama scored in the 86th minute to make it 3-4 to Simba.

Disappointment for Algerian clubs, MC Algiers lost out at the last minute of the match.

And CRB failed to keep its advantage after a penalty shoot-out against ES Tunis, who won 2-0.

Chabab Belouizdad, produced a memorable fightback on Saturday to win on penalties.

As for the next leg, the semi-finals on June 18 will see Al Ahly face Esperance Tunis while the Kaizer Chiefs will face Wydad Casablanca.

The first leg matches in Tunisia and Morocco are scheduled for June 25. 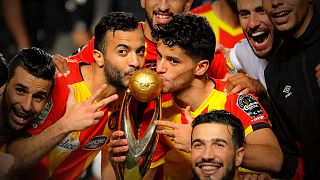 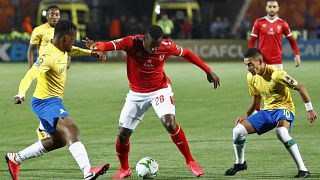