Children sit on the ground, books on their lap in the Far North Cameroon town of Mora.

In this improvised classroom, children who were abused by jihadi militants of Boko Haram get to attend school.

But the conditions are particularly tough, as the two small classrooms were the 180 students sleep are overcrowded.

"They don't have a place to sleep at night. Even here, there aren't enough bedrooms. And they don't have enough to eat. They go and beg, eat a bit of the food they have and keep the rest for tomorrow" explains Mamma Kellou, a teacher of the Salaam School.

According to recent studies published by UNICEF, over 100,000 children have been chased away from classrooms in the Far North Region, as a result of attacks of Boko Haram militants.

Many have lost their parents and have suffered severe trauma. A situation that pushed Cameroon NGO Local Youth Corner to take action.

"Many of them have gone through because they saw their parents get killed. They ran in the bush, and they have a lot of problems. We have noticed that some of them are being recruited by violent groups to be used as suicide bombers", Local Youth Corner Coordinator Christian Achaleke says.

"So it was important to have a psycho-social response, and we have seen a lot of change".

Local Youth Corner has now implemented the Salam initiative to help these children. They deliver food and mats for them to sleep on at night.

They hope they can help these children rejoin formal schools.

"We also work towards their reintegration in formal schools, because our program is not formal. But we make sure that they learn the basics of language, maths, and other things, to prepare them to integrate formal schools," Christian Achaleke details.

"In Mora, a lot of schools have been attacked," he adds.

So far this year the Salam initative has helped 20 displaced students rejoin schools in Mora.

Members of the Local Youth Corner hope than in the future, they will see more and more children join formal classrooms. 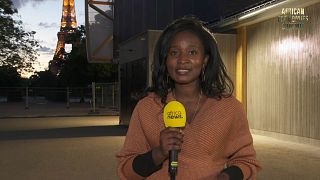