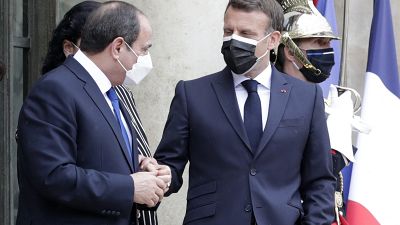 Egypt and France have become the latest countries to call for an end to the violence between Israel and Palestinian militants in Gaza.

Egyptian President Abdel Fattah-Al-Sissi and his French counterpart Emmanuel Macron expressed their "deep concern" over the Gaza crisis on Monday and agreed to continue efforts for a quick ceasefire to avoid the spreading of the conflict.

Macron and Sissi spoke after a bilateral meeting. The French President said in a statement released by the Elysee Palace that he "renewed his support for Egyptian mediation".

When did the new conflict erupt`?

The Israeli military said Hamas and other armed factions had fired more than 3,000 rockets from Gaza over the past week.

A mediation is underway which includes Egypt, Jordan as well as Germany, with the support of France.

According to diplomatic sources, the United Nations began on Monday, with the help of Qatar and Egypt, a mediation to obtain a de-escalation.

What is Egypt's role?

The bilateral talks between Macron and Sissi took place just before the start of an international conference on Sudanese debt relief in Paris, which brings together several African, European and Gulf leaders as well as representatives of international organizations.

"There is a diplomatic offensive in recent days, which will continue in the next few hours. We support the idea of ​​Egyptian mediation because both Egyptians and Jordanians are talking to everyone in the region," said French government spokesman Gabriel Attal.

He also declared that "the safety of journalists and all those whose expression contributes to free information and public debate, as well as their protection in times of conflict, is an essential responsibility", in response to the Israeli attack which destroyed a building in Gaza that housed offices for al-Jazeera and Associated Press media.

Egypt, which has signed a peace treaty with Israel and shares its border with Gaza, regularly mediates conflicts between Israel and the Palestinians.

Egyptian Foreign Minister Sameh Shoukry said on Sunday that his country will spare no effort to reach a ceasefire but said that there can be no peace in the region without finding a solution to the Palestinian issue.

"Egypt will support peace efforts until the Palestinian people obtain their legitimate rights and the region enjoys the stability that all our peoples seek," Shoukry told a United Nations Security Council meeting through videoconference on the ongoing Israeli attacks in the Gaza Strip.

He stressed that "the solution is the two-state solution that is acceptable to all parties." 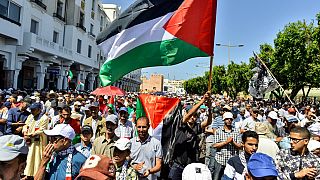 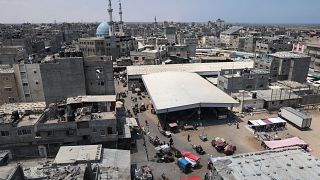 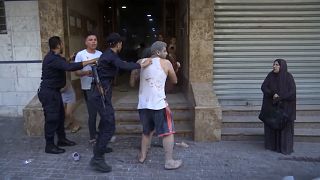 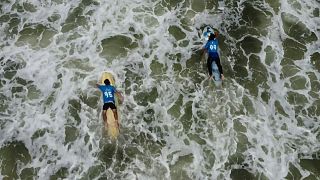