Sudan's military said Saturday it has handed over to the attorney general the findings of an investigation into the killing of two demonstrators at a recent rally that called for justice for victims of violence against protesters in 2019.

The Sudan Tribune reported separately that seven army personnel had been arrested and were due to be handed to prosecutors for interrogation, citing the Attorney General.

On Tuesday, several hundred protesters gathered outside the army headquarters in Khartoum to mark two years since the violent dispersal at the same location of a sit-in by the popular protest movement calling for the departure of former president Omar al-Bashir.

"General Abdel Fattah al-Burhane, chairman of the Sovereign Transitional Council and commander-in-chief of the armed forces, handed over the results of an armed forces investigation into the events ... to Attorney General Tagelsir al-Hebr," the army said in a statement Saturday.

The results include a list of soldiers suspected of involvement in Tuesday's events and an order "to lift their immunity," it added.

"This will allow the General Prosecutor's Office to initiate legal proceedings and reach final results," the army said.

The 2019 sit-in was held in a large camp set up in front of the army headquarters.

In June of that year, armed men in military fatigues then violently dispersed the camp. The days-long crackdown left at least 128 people dead, according to doctors linked to the protest movement.

The generals in power at the time denied ordering the bloody dispersal and ordered an investigation into the events.

Sudan has been led since August 2019 by a civilian-majority transitional administration, which has promised to bring justice to the victims and their families. 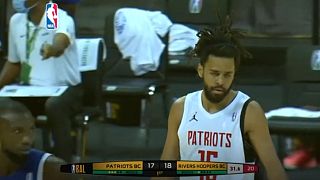