Can covid growth in e-commerce be sustained?

The African digital economy is expected to continue its exponential growth trend, according to the Oxford Business group. The pandemic led to widespread growth in e-commerce in sub-Saharan Africa. This growth offering has changed consumer habits.

The coronavirus pandemic triggered an e-commerce boom in sub-Saharan Africa, alongside the rest of the world.

With a global recovery under way, questions have been raised on how this growth can be sustained.

E-commerce companies and platforms enjoyed a rise in activity and profits, while retailers that had not previously developed their online presence found themselves obliged to do so in order to survive.

However, growth in e-commerce has been unevenly spread in global terms, being concentrated in wealthier countries and regions.

Survey results published in the UN Capital Development Fund report in March found that more than 40% of customers in four large African countries were planning to reduce their supermarket shopping in the future by purchasing food, clothing and electronics online.

Sub-Saharan Africa is particularly prone to the effects of limited ICT infrastructure. The International Telecommunication Union estimates that the proportion of individuals in the region who use the internet at least occasionally is 28.2% – considerably below the average of developing (47%) and developed (86.3%) countries.

Paul Asinor, Executive Director of the E-Commerce Association of Ghana tells Business Africa that to sustain the growth brought forth by the pandemic, it behooves of industry players to put their house in order.

‘’ I also call on e-commerce shops to invest a bit more when it comes to logistics. They should have good return policies, so that trust is maintained or even enhanced in the industry’’, he told Ignatius Annor.

Light at the end of the tunnel for SAA?

South Africa’s national airline is officially out of bankruptcy protection. After over 17 months, the airline can now look forward to a new buyer. The SAA is in final phase of negotiations with a potential investor. South Africa’s Department of Public Enterprises has said this fresh deal will bring capital and quote much- needed technical and commercial expertise to the company. But what remains uncertain is exactly when the airline will take to flight.

The airline, which has been on the verge of bankrupcy- announced it has left a form of bankruptcy protection called a “business rescue”, and was handed back to its executives. It comes it received $537 million dollars from the government.

It's been reported negotiations with a new shareholder are in the final stages.

Heavily in debt, the airline has not made a profit since 2011 and has survived for years on public money.

Since September 2019, its planes have been grounded due to the coronavirus pandemic. And to pay off its debts, the business rescue practitioners cut almost 80% of the airline’s workforce

The company is expected to restart with fewer staff of around 1000 employees against nearly 5000 previously.

Rose flower is a priced commodity for essential oil producers in Morocco. A small distillery in Central Morocco produces rose water and essential oils for onward sales to retailers. Stakeholders in the essential oil business in this North African nation, are hoping to register an organic label to boost the value for local roses on the global market.

To earn a living, Ammi Mouh a rose picker in Morocco's Atlas Mountains wakes up at dawn to collect three kilos of flowers before the sunshine damages the pink petals

The work allows her to feed her family.

"I feed a family of five people, my children are young, they go to school", she said.

It takes about six hours before the sunshine damages the shocking pink petals - to fill the big bags that the women carry on their heads to the weighing station. But when eventually distilled into precious oil this could cost $18,000 per kilo after processing.

"The oil of the rose is the most essential because it is very expensive in the international market, it is sold for between €16,000-17,000 per litre, and we need five tons of roses to produce a litre of rose oil. So the rose here is known by its oil and rose water, and of course by its perfume", said Nouredine Maalikoum is owner of a rose field.

Essential oils account for only about 50 kilos of annual exports and "concrete" for 500 kilos, a fraction of the industrial volumes sold by Bulgaria and Turkey, according to the Moroccan growers and processors association known as Fimarose.

Najad Hassad is manager of the Rosamgoun cooperative distillery

"Kelaat Mgouna is known for its roses and their by-products. The origin of its roses comes from Damascus (Syria). Here it is called the rose of Damascus, or Damascena. The roses have found a good climate in Kelaat Mgouna, which helps the people here to distill (roses) in May", she said.

With the pandemic, the price of fresh flowers has sunk by about 30% in the past two years. 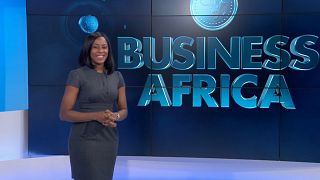