On the usually traffic-clogged streets of Tunisia's capital, cyclists are pedalling away peacefully on empty boulevards, enjoying a night-time ban on vehicles introduced to help stem coronavirus.

"With the road empty you can drive fast and you feel safe... there are no cars tailgating you".

Last month the authorities took the step of banning motor vehicles from the streets between 7:00 pm and 5:00 am.

An overnight curfew for people does not come into force until three hours later, at 10:00 pm.

Now, at dusk, after people have broken their day-long fast for Islam's holy month of Ramadan, bicycle fans in Tunis are taking advantage of the absence of cars to ride freely and promote the benefits of two wheels.

A group of cyclists meet in front of the imposing stone arch of Bab El Bhar, marking the division between the old town of Tunis and the wider streets of the more modern city.

It works to promote bikes in the North African nation -- and organisers hope the cycle rides will showcase the benefits of bicycles as an ecological, economical and healthy means of transport.

Zooming down the clear streets, the peloton speed along the iconic Habib Bourguiba avenue, pedalling past its long rows of trees and streetlamps, on roads usually full of honking traffic.

Then they sweep around the roundabout at the clock-tower of the Place de l'Horloge, to the central district of Lafayette, and wide roads into the square of Place Pasteur.

The ride ends after visiting the other gates of the old city, Bab Saadoun and Bab El Khadra.

Velorution works to encourage more people to use pedal power to get around, organising a weekly cycle meet all year round, designed as a pro-bicycle rally.

But during the ongoing fasting month of Ramadan, and with cars banned, bike rides take place nearly every night.

"It is something else, it has a different taste," said Amina Hamdani, another cyclist taking part. "The road is ours -- we enjoy it!"

Mehdi Zaiem, 35, a keen member of Velorution, said he was pleased that more Tunisians were seeing how a bike could be useful.

"This year we felt with the arrival of the Covid-19 pandemic that people were using the bike more and more in Tunisia," he said. "Before that, the bicycle was despised".

Proving the point, the evening rides are growing in popularity.

Night rides have also taken place in other cities, including Jendouba in the northwest, and the seaside resort of Sousse.

"Velorution encourages people to use bicycles in all their movements -- to go to work, for leisure, even to travel," Zaiem said.

Members campaign for the creation of cycling infrastructure to improve safety.

As well as the exercise being good for health, cyclists say that bikes offer an alternative to travel on crowded public transport, lowering the risk of potential Covid-19 exposure.

Health officials have recently warned of the risk of oxygen shortages, as patients stretch medical facilities to the limit. 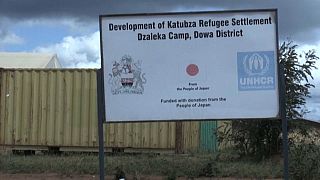 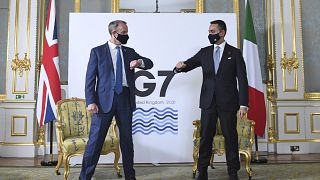 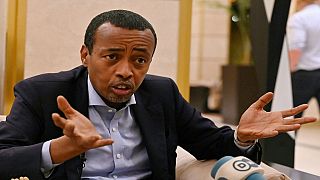