Although seemingly wary, he requested on Sunday that the ruling military council arrange talks with opposition camps in their proclaimed spirit of inclusion.

"For us, it is hard to accept that this new regime is taking power in the name of the rule of law. Faced with a very difficult choice, we have made a careful decision to preserve the stability of the country (by not calling on supporters to protest), and allow the country to live in peace.

"We demand that there be an inclusive dialogue, including not only political actors but also trade unions, human rights organizations, the diaspora, etc. so that together we can shape and re-shape the new Chad that we all want."

Djérou added that he fears the new authorities could seek to use state institutions such as the electoral commission and supreme court to hold on to power in Chad. 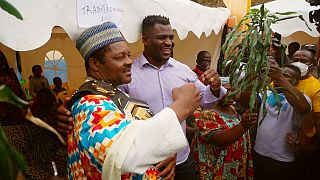