Violent anti-junta protests kicked off in Chad on Tuesday in the capital N'Djamena as demonstrators demand a return to civilian rule after the military took power following the death of longtime leader Idriss Deby last week.

At least two people have been killed in the protests. A woman died when anti-junta protesters attacked a bus in the capital and a man was killed during demonstrations in the south of the country.

Long-time leader Deby was killed on April 19 as he visited troops fighting rebels. A military transition took over and named the fallen president's son,  Mahamat Idriss Deby, as the new head of state.

Several opposition politicians and civil society groups called the move a coup and called on Chadians to take to the streets. On Monday, the army appointed civilian politician Albert Pahimi Padacke as prime minister, but the opposition rejected that too.

The military council banned protests in a statement Monday.

Protesters expressed their exhaustion by the 30-year rule of President Deby.

"We are tired of monarchy in Chad. we're tired We just want France to free us from this problem," said protester Sandra in the capital.

The transition council said it will hand over power in 18-months time when it takes the country to an election.

Chad has been a key ally to the West in the fight against jihadism in the region. But the military council has come under international pressure with France, the former colonial ruler, and several of Chad's neighbouring, calling for a civilian-military solution.

The African Union has also expressed "grave concern" over the political takeover.

Chad is home to a French military base where counterterrorism operations for the region are headquartered.

Chad's new military transitional government said on Sunday it will not negotiate with the rebels blamed for killing the country's president Idriss Deby.

In a televised statement, the military spokesman, Gen. Azem Bermandoa Agouma, said the rebels were seeking to collaborate with ``several groups of jihadists and traffickers who served as mercenaries in Libya.''

``Faced with this situation that endangers Chad and the stability of the entire sub-region, this is not the time for mediation or negotiation with outlaws,'' he said.

The rebel group known by their French acronym Fact said on Sunday it was joining other armed groups, who oppose Deby's son Mahamat Idriss Deby taking control of the country for 18 months ahead of new elections. 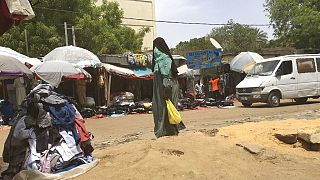 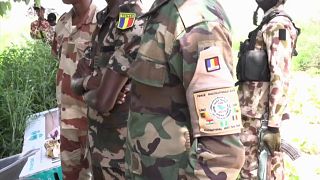