Chad began funeral ceremonies on Friday for veteran ruler Idriss Deby Itno, a key figure in the fight against the Sahel's jihadist insurgency, as France and regional allies voiced backing for his son and successor, Mahamat Idriss Deby.

The elder Deby, who had ruled the vast semi-desert state for 30 years, died from wounds sustained fighting rebels at the weekend, the army said Tuesday.

His death has stunned the Sahel, battling a nine-year-old jihadist revolt that has claimed thousands of lives and forced hundreds of thousands from their homes.

His coffin, draped in the national flag and surrounded by elite troops, was driven on the back of a pickup truck to the Place de la Nation square for ceremonies attended by foreign leaders.

There followed a 21-gun salute for Deby, who only last August had been declared a field marshal -- the first in Chad's history -- after leading an offensive against jihadists in the west of the country.

Just before the funeral, Macron and his counterparts from Burkina Faso, Mali, Mauritania and Niger jointly met with Deby's son.

The leaders, expressing a "unity of views", said they "stood by Chad and expressed their joint support for the process of civilian-military transition, for the stability of the region", a French presidential official said.

The 37-year-old general was named president and head of a military council immediately after Deby's death was announced.

He will wield full powers but has promised "free and democratic" elections after an 18-month transition period that can be extended once.

The move has been branded an "institutional coup" by the opposition.

Deby's death was announced the day after he was declared the winner of an April 11 election -- giving him a sixth mandate after three decades at the helm.

The army said the 68-year-old had died from wounds suffered while leading troops in battle against heavily armed rebels who had launched an incursion from neighbouring Libya.

The Front for Change and Concord in Chad (FACT) has vowed to pursue its offensive after a pause for Deby's funeral, with spokesman Kingabe Ogouzeimi de Tapol telling AFP that the rebels were "en route to N'Djamena".

On Monday -- the day of his reported death -- the army had claimed a "great victory", saying it had killed more than 300 FACT rebels and captured 150 others, with the loss of five soldiers.

Allies of the late leader had moved swiftly to ensure power remained in their hands, installing the younger Deby, whose nickname is "Kaka", as president and head of a transitional military council while dissolving parliament and the government.

The younger Deby until now had commanded the top-notch Republican Guard.

His father seized power in a chronically unstable country in 1990 and had twice thwarted attempted coups.

He was repeatedly returned to office in elections denounced by opponents as fraudulent.

But he gained a reputation in the West for his reliability in the fight to roll back jihadists, whose campaign has shaken the vast, impoverished region.

Macron was the only Western head of state to attend the funeral.

French armoured vehicles escorted Macron to the embassy after his arrival at the military base used for Barkhane's headquarters, an AFP journalist saw.

The African Union (AU) was being represented by its current chair, President Felix Tshisekedi of the Democratic Republic of Congo, and the European Union by its foreign policy chief, Josep Borrell.

The funeral was to be followed by prayers at the capital's Grand Mosque.

Deby's remains will be flown a thousand kilometres (600 miles) east to the village of Amdjarass near the Sudanese border, where he will be buried alongside his father close to his birthplace of Berdoba. 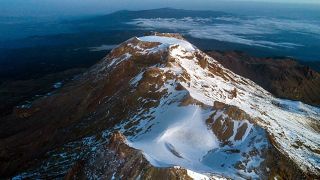 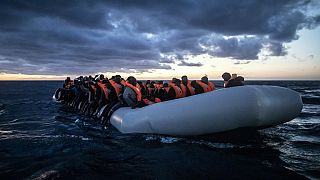