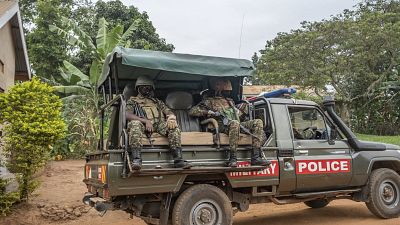 UN human rights experts on Tuesday urged Uganda to immediately stop the brutal crackdown on the political opposition which began in the lead-up to January's general elections and intensified after the disputed vote.

"We are particularly alarmed by the reports of widespread and continued repression against opposition leaders and their supporters," the experts said.

"More than 50 people have been killed as a result of the brutal policing methods, including the use of live ammunition fired without warning, and at least 20 others have lost their lives in incidents linked to the electoral context."

Veteran ruler Yoweri Museveni was declared winner of the election in which the campaigning period was dominated by episodes of violence and a bloody crackdown on opposition rallies.

They urged Kampala to investigate and prosecute all human rights violations, including allegations of extrajudicial killings, arbitrary arrest and detention, enforced disappearance, torture and ill treatment.

Bobi Wine’s party, the National Unity Platform (NUP) in March released a list of 243 people -mostly activists - it said had been abducted by security forces.

Some of those who were released said they were tortured and later dumped in isolated areas in the night.

In a televised address on February 13, President Museveni denied that security forces were holding the missing persons but later appeared to contradict himself when he said that the Special Forces Command (SFC) – the presidential protection force had 53 people in its custody.

In a meeting with the envoys of China, the US, UK, France, and Russia in Kampala on Tuesday, Uganda’s foreign minister Sam Kuteesa denied that the security forces were carrying out abductions.

According to a press release issued by the ministry, Kuteesa told the diplomats that the November 18, 2020 violence in which dozens of people protesting the arrest of Bobi Wine were gunned down were ‘violent riots’ which ‘regrettably led to loss of life’.