A day ahead of Benin's presidential election, the economic capital Cotonou regained its calm atmosphere on Saturday.

After campaigning ended and people returned to their everyday activities.

"The campaign ended Friday at midnight and then this Saturday morning everything is calm. It's calm" even the posters - I don't know how they did it, they tore them down everywhere," said one Cotonou resident.

But violence was seen in some parts of the country. In the city of Save, two people were killed after troops opend fire to break up a protest this week.

But even in the south, which has been spared of violent demonstrations, people are worried in Cotonou.

"In this context I do not appreciate at all, we no longer have a choice. I thank God that I am not in the north but in the south. Whatever happens we will have peace in the south," said another resident.

"For the presidential election, five million voters are expected at the polling stations. but the 14 days of campaign were marked by violent protests.

"The candidate Corentin Kohoué has announced that he wants to withdraw from the presidential race if the violence continues. But in Cotonou. the arrests continue, two other political leaders of the democratic party were held in the prison of Mistrete. According to the authorities, they are involved in the acts of violence in Cotonou at the Place de l'Etoile rouge on April 5 and 6.

"According to the latest news, the electoral material has still not been sent to the north of the country. The UN called for calm- Antonio Guterres insisted on the credibility and transparency of the vote

"In Cotonou, everyone is waiting and we are waiting for the first hours of this Sunday to see what will happen even if already the supporters of candidate Patrice Talon are almost assured of a victory in the first round." 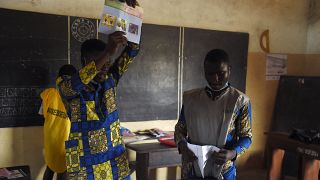 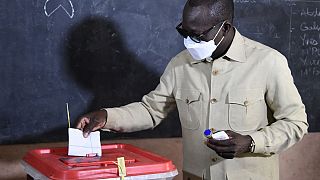 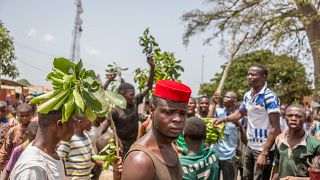