Counterparts from Estonia, Kalle Laanet, and the Czech Republic, Lubomir Metnar, are part of the delegation.

The move appears to be an effort in the insistence that a French airstrike in January did not kill 19 civilians in northern Mali.

"All the fundamental principles aimed at preserving civilians have been applied. And I strongly reaffirm that on January 3, the French armed forces targeted a terrorist group that had been formally identified as such. I state again that there were no women or children among the victims, and that this strike was intended to neutralize terrorist elements."

Contrary to her statements, Tuesday’s report resulting from an investigation launched by the United Nations mission in Mali (MINUSMA), revealed that the controversial French air force struck near the remote village of Bounti on January 3 -- at a site where a wedding party of about 100 people had in fact been taking place.

The report also questioned whether the French military had enough time to do its due diligence and ensure that its strike would not harm civilians.

A French airstrike killed 19 civilians in Mali in January, a UN report said on Tuesday, prompting a strong denial from France.

The French air force struck near the remote village of Bounti on January 3, in circumstances that sparked controversy in the war-torn Sahel state.

Residents of the village said the strike hit a wedding party and killed civilians.

In the incident's aftermath, France's military said it had killed jihadists, not civilians, and also denied the presence of a wedding party in Bounti.

The United Nations mission in Mali, known as MINUSMA, subsequently launched an investigation.

In a report summarising the probe's findings, the UN said Tuesday a wedding had in fact taken place and had "gathered about 100 civilians at the site of the strike".

It added that about five armed people, who are thought to be members of the jihadist group Katiba Serma, attended the celebrations.

In Paris, the French defence ministry stood by its denial, saying it "maintains with consistency and reaffirms strongly" that an "armed terrorist group" had been identified and attacked.

It also said it had "numerous reservations about the methodology" used in the investigation.

At least 22 people died in the French strike, of whom 19 were civilians, according to the probe. No women or children were killed.

"The group affected by the strike was overwhelmingly composed of civilians who are protected persons under international humanitarian law," said the report.

The report also questioned whether the French military had enough time to ensure that its strike would not harm civilians.

"It appears difficult to discount the presence of civilians... in such a short period of time," it said.

UN spokesman Stephane Dujarric said the report "raises some very significant concerns on the respect of the conduct of hostilities, including precautionary principles and the obligation by member states to do everything (they can) to verify that targets are indeed military objectives."

The UN report constitutes a rare criticism of the actions of French forces in Mali.

Mali has been struggling to contain an Islamist insurgency that first broke out in the north of the country in 2012 before spreading to the centre and neighbouring Burkina Faso and Niger.

France, the former colonial power, intervened in Mali in 2013 to beat back the jihadists, and now has some 5,100 soldiers deployed across the semi-arid Sahel region.

Central Mali, where the strike on Bounti occurred, is an epicentre of the brutal conflict. 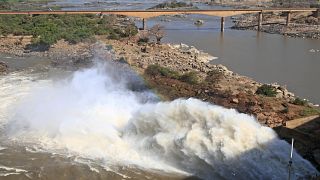