Sierra Leone and Benin will have to wait a little longer to know if they will be playing at the Nations Cup finals next year after the Confederation of African Football (CAF) moved their controversy-hit fixture to June.

Postponed twice on Tuesday, the decisive match of the AFCON 2021 qualifiers between the two west African rivals, both fighting for qualification, will be played during the next international break in June.

The match was abandoned after Benin protested the results of a medical examination which named five of their squad members as positive for Covid-19.

The farce left the final place at next year's African Cup undecided on the last day of qualifying.

Sierra Leone needed to win at home to reach the tournament for the first time in 25 years while the visitors only needed a draw.

In a statement, CAF said the decision to move the fixture was made after reviewing official accounts of the incidents that stopped the match from taking place at the scheduled time.

"The Committee's rationale to move the dates was based on the fact that the match was to take place on the last day of the international window and, scheduling it for the following day (today, Wednesday) would have affected the players' scheduled return to their respective clubs," the statement read.

The Beninese FA said on Wednesday that the five supposedly infected players tested negative on arrival back in Coutonou.

Benin said they were preparing to petition CAF to award them the three points, insisting that their hosts had engaged in deception and foul play.

Nigeria is the only team to have qualified from Group L after emerging top with 14 points. 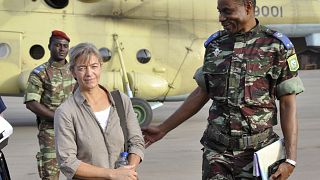 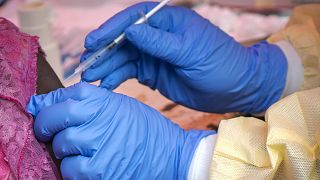