Several people have been arrested in connection with the coup attempt in Niger while “others linked to the events are being actively sought,” government spokesman Abdourahmane Zakaria said Wednesday afternoon.

“The government condemns this cowardly and backward act aimed at jeopardizing democracy and the rule of law to which our country is resolutely committed as evidenced by the last democratic, free and transparent elections welcomed by the entire national and international community,” Zakaria said.

Niger's security forces thwarted an attempted military coup at the West African country's presidential palace overnight just two days before the newly elected president is to be sworn into office in a peaceful transfer of power, the government said Wednesday.

Already fears have been mounting that Bazoum's inauguration could prompt more violence in Niger as the latest massacre killing at least 137 people came on the same day the constitutional court certified his electoral victory. And at least 100 others were killed in villages near the border on the day that Niger announced the presidential election would go to a second-round on Feb. 21.

The overnight crackle of gunfire in the neighborhood near the palace immediately prompted concerns of a coup attempt given that Niger has a long history of the military seizing power by force since its independence from France in 1960.

The last successful coup took place in February 2010 when armed soldiers stormed the presidential palace, overthrowing strongman president Mamadou Tandja. The soldiers later announced on state TV that they were in control of the country.

New elections were held the following year, bringing the current president to power. He is stepping down on Friday after serving two terms, in accordance with Niger’s constitution.

In 2016, authorities said four military officers had confessed to planning an attempt to overthrow the government. 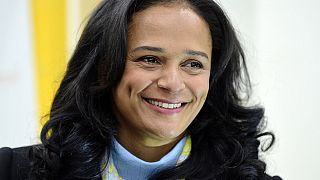