Thousands of the Hirak movement returned to the streets of the Algerian capital on Friday as they demanded significant changes to the country's government and political system -- chanting slogans such as "let the system fall."

The supporters of the Hirak movement - that pushed out former president Abdelaziz Bouteflika in 2019 after 20 years in power -- made their way through Algiers.

Mohamed Saadouni, a protester in the city, is firm in his position.

"We will continue the Hirak (movement) because none of our demands have been met and we still demand a civil state (with less of the military in power) and political openness in addition to freedom of the press for all."

President Abdelmadjid Tebboune recently announced early parliamentary elections in June -- bringing them forward from next year. The protests, however, have not subsided.

Tebboune announced last month that he would dissolve parliament to open the way for a new batch of candidates from outside the establishment.

He also reshuffled the government and released around 30 detained activists, though dozens more remain jailed.

Ali Lekhdari, a journalist and member of the Hirak movement, explained what it will take to meet the demands of the Hirak.

The Hirak activists are pressing for a full makeover of the opaque system governing Algeria, with the military in the shadows, which has been at the helm since the country won its independence war against coloniser France in 1962. 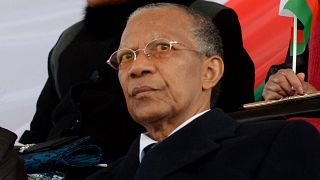