Kenyans are slowing turning up to get the Astrazeneca jabs. It comes after the European Union Medicine Agency confirmed the safety of the vaccine.

The Machakos government hospital in Nairobi's southeast, is one of the vaccination centres for covid-19. Nurse Juliana Mwendu confirms.

"Ever since the rumors that the vaccine was causing blood clots, initially the numbers were down but after the European countries confirmed that the advantages outweigh the disadvantage - actually we have seen a large turnout of numbers, especially from last week and this week. Today, since morning I have already given over 50 people and still in the queue, still the numbers are coming", Mwendu said.

A blood clot scare in Europe leading to the suspension of the Astrazeneca jabs dampened spirits in this East African nation about the vaccine. But despite the confirmation, some are still skeptical like Steven Musyoka.

"I am hearing that there is a coronavirus vaccine but myself and my family will not receive it because even the white people are not accepting it. We do not know what is in that medicine because we have heard that when people are vaccinated, they get other diseases like heart conditions and other diseases, so my family and I have refused to take it", motorcycle taxi driver said.

The Associated Press reports that because of the low turnout for the jabs here, many people not eligible for the vaccines are getting jabbed. Kenya's ministry of health had initially said only medical staff, teachers and police can get vaccinated.

The vaccine from the Anglo-Swedish drug maker is cheaper and easier to store than many others. 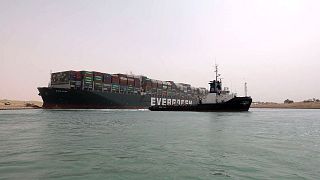