Moroccan historian and rights activist Maati Monjib, who was on hunger strike for 19 days, was provisionally released from prison Tuesday after three months in custody.

Friends and supporters welcomed the 60-year-old academic, who was visibly thin but happy as he walked out of El Arjat prison near Rabat, where he had been held since his arrest.

"The accusations against me are fabricated... now that I enjoy provisional release, I will agitate for freedom of other detainees" held for their opinions, he said shortly after his release.

Monjib's lawyer Mohamed Messaoudi told AFP earlier on Tuesday that "the investigating judge has decided to provisionally release him."

Monjib, known for his open criticism of the authorities, was taken into custody on December 29 as part of a preliminary investigation into money laundering.

In parallel, a Moroccan court sentenced him in January to one year in prison for fraud and undermining state security, as part of a trial that opened in 2015.

His defence team said they were not told about the hearing and Monjib purportedly was not in attendance.

He has repeatedly denounced his "wrongful arrest" and has denied the charges against him.

His supporters in Morocco and abroad have repeatedly demanded his release, calling him a "prisoner of conscience" and expressing worry about the health effects of his hunger strike.

In a statement on Facebook in November saying he had contracted the novel coronavirus, Monjib said he also suffered from heart problems and diabetes.

His lawyer said Tuesday that he was "in good spirits".

The accusations against Monjib relate to the management of a centre he created to help promote investigative journalism.

Human Rights Watch said it was "relieved" at Monjib's release.

His conviction "should be overturned because authorities did not notify him of the trial's last session, which took place in his absence", the New York-based watchdog said in a statement.

It said that "the criminal investigation into the dubious charge of 'money laundering' against him is pending," and urged authorities to "respect his fair-trial rights by ending their refusal to grant him full access to his own case file".

Monjib's support committee said he had requested transferral to hospital on Monday to "continue the hunger strike under medical supervision".

He had become considerably weaker and had lost consciousness several times, his supporters said.

Monjib began his hunger strike on March 4 to demand his immediate release.

Earlier this month Monjib, who is also a French citizen, filed a complaint in France including over "psychological harassment" in relation to his detention.

His French lawyers said at the time that he was "one of the most emblematic critical voices of the Moroccan regime, denouncing in particular the grip of the security services on political life," and called the legal procedure "manifestly political".

Media watchdog Reporters Without Borders (RSF) also welcomed Monjib's release, which it said came as his health was entering "a dangerous stage". 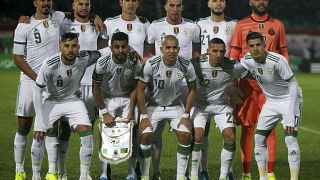