Africa’s infrastructure networks increasingly lag behind the developed world. That’s according to a World Bank report on financing infrastructure.

Sanjeev Gupta is Executive Director for Financial Services at the Africa Finance Corporation(AFC).

Among others, the AFC is focused on solving the infrastructure needs on the continent. Sanjeev joins us from Lagos, Nigeria.

Our Ignatius Annor spoke to him in the following interview brought to you in partnership with AME Trade, an event management company based in London, United Kingdom.

Ignatius Annor: First, as a Pan-African multilateral development financial institution, what would you say is the current state of infrastructure on the continent especially during this period?

Sanjeev Gupta: ‘’The state of the infrastructure on the African continent is something that you don't need data to understand. All you have to do is travel around and look at the airports, the roads, the ports, the situation in the power industry around Africa, and you can see for yourself that we have a huge deficit and its ever increasing, especially with the increase in the population in terms of the trade that's beginning to happen between the countries, the gaps and the infrastructure keeps hitting you more and more.''

Ignatius Annor: So in terms of investment from insurance and pension funds to finance Africa's infrastructure, do you see a huge gap? And if so, how can it be bridged?

Sanjeev Gupta: ‘’On a conservative basis, depending on which numbers you look at, the infrastructure gap in actual financial terms in Africa is anywhere between $100 billion just to keep it to its current levels. And in terms of what it's required for it to reach certain averages that the world aspires to, we are looking at trillion plus dollars of investments in infrastructure. Africa's population is very young, and most pension funds in Africa are defined contribution plans. If it's young, it means that your liability profile is over a long time, which means you can invest over the long time. You can have a longer term horizon, which is what infrastructure assets are all about. And secondly, the other factor is that because you are young and you don't have the liquidity requirements, but you do need to make sure that there is an ability for pensions to be paid when it's required. Infrastructure assets, if it's structured properly can create the cash flows that is required to pay for the pensions when it's due.’’

Sanjeev Gupta: ‘’I actually have a problem understanding the word ''new normal''. Because, you know, the infrastructure deficit, the infrastructure gap, the infrastructure challenge on the African continent is not a new one. It keeps worsening and widening every year. If the pandemic has done anything, it has probably highlighted it a little more. And interestingly, what is also done is it's probably made the world realize that it is to their interest not to take primary goods out of the continent, for it to be processed elsewhere, but actually to process it where these minerals are found in the first place. And if that realization percolates down into corporate decision making, what you will see then, is that more and more primary production in Africa is going to be processed locally, which means that there will be focus on generating power, which should help the power industry, which, as you know, the power industry needs large industrial users for it to be economically viable. It will then help the roads and the ports to be built because the goods have to be taken out in a certain shape and form. It should help the railroads. It should obviously by default help telecommunications, because you need data services, you need communication, etc. So if at all the pandemic has done anything, I hope what it's done is it's made the world realize that it makes common sense to develop and process goods where they're found in the first place. And that should have a cascading positive effect on infrastructure development in Africa.’’

Ignatius Annor: You'll be speaking at the opening of the Pension Funds and Alternative Investment 2021 conference. As a sponsor of the event, what do you hope the audience will take away?

Sanjeev Gupta: ''Please understand that Africa is a very young continent. The demographic profile tells you that more than 60 or 70 percent of the population are below the age of 20 or 21. Pension funds across the continent are being set up, are being regulated well, and cash flows are generating. Which means there's a lot of money coming in. Now, remember what I said. If you have a young population which will need to be catered for, ultimately in 30 or 40 years time, you have the time horizon, unlike, say, Europe in your favor to invest in the long term. Secondly, please understand that most pension funds in Africa are defined contribution plans, which means a pension that you get is a function of the investment returns you generated. Nobody's giving you a guaranteed pension fund. So again, therefore, trustees, asset allocation consultants, fund managers, employers have to by definition encourage pension funds to go into real assets, which earns real income over time, so that the pension that a person gets 30 or 40 years down the line is something real, something that makes a difference to a retired life. And that's the message I want everybody to have, that the industry is there, the regulation is there and the institutions are there. The mindset has to start changing and the recognition has to be given, that by being ultra conservative and buying Treasury bills and what have you, you are not doing your pensioners as a favor.'' 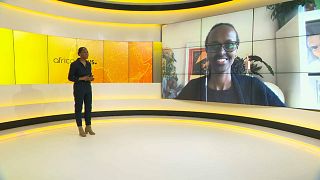