Rwanda’s economy is in a recession. Restrictions imposed to curb the coronavirus is piling pressure on the economy. Thousands face unemployment and there’s risk of more Rwandans falling into poverty. That’s why analysts are urging the government to take additional measures to spur growth in this East African nation. Retail trade, leisure, hospitality and conference tourism are key sectors hard hit.

The country of 12 million people has seen strict coronavirus-prevention measures in place since the onset of the COVID-19 pandemic. However, the Rwandan population has felt the effects of these measures - with 5% more unemployed since the start of the health crisis i.e. 550,000 people in 2021.

Over 80% of those recently out of work are in rural areas, according to data published by the World Bank this week. The pandemic has affected all sectors in the nation - including services, small to medium enterprises and the leisure and tourism industry.

There has been a significant drop in activity as Africa’s technology hub has been in lockdown - leading to a notable decline in growth.

The government has adopted an economic recovery plan estimated at 900 million USD - whose implementation will span the two fiscal years 2019/20 and 2020/21.

"Tourism has been the top foreign exchange earner, and when the pandemic kicked in, this sector was heavily affected. If you look into the growth that we experienced in 2019, you are talking about where the economy grew by 9.4 percent, but if you go into the numbers from 2020, we are projecting to receive a growth rate that is going to be even less than 2 percent’’, Zephanie Niyonkuru, Deputy CEO, Rwanda Development Board tells Ignatius Annor.

But it remains dependent on fish imported from Senegal, Mauritania and Ireland. In Cameroon’s south-west, a young entrepreneur has begun an industrial aquaculture project. Boris Kamgo hopes to help the country cut down on fish imports.

"We are training as many young people as possible to switch to industrial production, to reduce as much as possible the imports that are destroying our currency. And what we are doing now is to expand, following the call for expressions of interest that the government has launched to increase intensive production in Cameroon and in the sub-region", Kamgo told our Correspondent, Lambert Ngouanfo.

Ngouanfo reports that: ‘’Young entrepreneurs like Boris Kamgo believe that small farms like this one will make Cameroon self-sufficient. Because with small farms, Cameroonians will be able to produce more and be less dependent on foreign imports.’’

The road ahead for Dr. Ngozi Okonjo-Iweala

A historic moment for women. On Monday March 1, the Nigerian born finance guru, took office as Director General of the World Trade Organization. Dr. Ngozi Okonjo-Iweala is leading a global body, which is currently facing enormous setbacks. The global pandemic and its subsequent economic crisis. She told reporters on day one at the job, that she’s ready. Okonjo- Iweala looks to firm up a deal on fishing.

Foreign legal advisor, Priscilla Bonsu believes that the new Director General of the World Trade Organization ‘’will have to redefine the role of the World Trade Organization under the current circumstances. As a global community, we are currently dealing with a global recession based on the global pandemic. And we have also noticed that countries have been focusing on their own local and domestic markets instead of looking across the border and actually considering the markets of their neighboring countries or any other country. In addition to this, we have also noticed a number of trade restrictions that have been put into place by a number of countries in order to protect their local and domestic markets'', Bonsu said.

The former Nigerian finance minister promises to prioritize trade rules on COVID-19 vaccine distribution. On her first work day, she expressed her hopes for sealing a deal on cutting fisheries subsidies this year after 2 decades of talks. But some analysts question her ability to revive the body with challenges like US-China trade tensions. 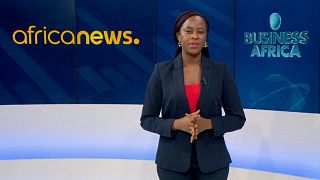 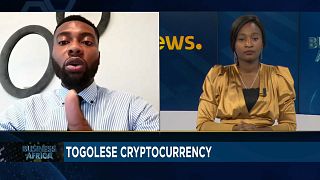 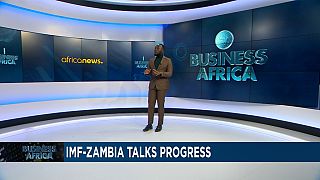