The first shipment of just over 1 million Covax-funded AstraZeneca Covid-19 vaccines arrived in Kenya's capital Nairobi on Tuesday as African countries ramp up their vaccine rollouts.

The East African nation's vaccination campaign will start with its 400,000 health professionals before extending to other frontline workers.

"We have got the police, teachers and other people after that we are going to people with comorbidities, people who have got other diseases so that we can also protect them," said Mutahi Kagwe, the Kenyan Cabinet Secretary of Health.

"And only then we are going to start rolling out to the rest of the population, So we hope that Kenyans will understand, we have to have a priorities list — we cannot do everybody at the same time."

A flight carrying almost four million doses of the coronavirus vaccine via the COVAX system arrived that same day at the Nnamdi Azikiwe International Airport in Nigeria's capital, Abuja.

This is one of the single largest consignment (of vaccines) that has left India, which is now emerging as the pharmacy of the world, we have so far exported or supplied, or donated nearly 36 million doses to 35 different countries and another 15 countries will be supplied this vaccine soon," said Abhay Thakur, India's High Commissioner to Nigeria.

African nations against Covid-19 via Covax

After Ghana and the Ivory Coast, Nigeria is the third country in Africa to receive vaccines financed by the Covax system.

The same day, the Democratic Republic of Congo also received Tuesday the first doses provided by the COVAX device.

About 30,000 free doses of vaccines financed by Covax are also expected Tuesday evening in Gambia (two million inhabitants), where the vaccination campaign, targeting primarily health care workers, will be launched very quickly after receiving these batches, a spokesman for the Ministry of Health, Sanjally Trawalleh, told AFP.

Neighbouring Senegal (16 million inhabitants), which has already started to vaccinate, should receive Wednesday morning a batch of 324,000 vaccines supplied by Covax.

A move to vaccinate up to 27%of the population in the 92 economically-challenged countries by the end of the year by way of at least 1.3 billion doses intended to go their way. 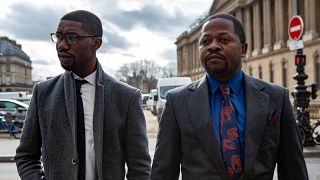 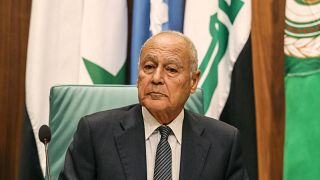