French forces "tortured and murdered" Algerian freedom fighter Ali Boumendjel during his country's war for independence, President Emmanuel Macron admitted Tuesday, officially reappraising a death that was covered up as a suicide.

The move comes after the French leader stoked outrage in January when he refused to issue an official apology for abuses committed during the occupation of Algeria.

Boumendjel, a nationalist and lawyer, was arrested during the battle of Algiers by the French army, "placed incommunicado, tortured, and then killed on 23 March 1957," the Elysee Palace said in a statement.

"Ali Boumendjel did not commit suicide. He was tortured and then killed," Macron told Boumendjel's grandchildren, according to the statement.

At the time the lawyer’s murder was made to appear as an assassination.

It is a gesture of appeasement as recommended by the report of French historian Benjamin Stora.

"No crime, no atrocity committed by anyone during the Algerian war can be excused or concealed," Macron said in a statement.

"They must be viewed with courage and lucidity, with absolute respect for all those whose lives they have torn apart and shattered their destiny."

The French President promised to undertake ‘"symbolic acts" in a bid to reconcile the two countries. But Macron ruled out any apology.

He said he made the admission "in the name of France" when he met the grandchildren of Ali Bounmendjel at the Elysée Palace on Tuesday.

The Elysée added that "this work will be extended and deepened over the coming months, so that we can move towards appeasement and reconciliation", wanting "to look History in the face, to recognise the truth of the facts". 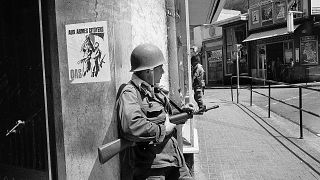 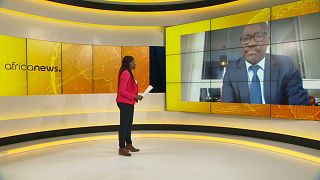