Kenya is famous for the prowess of its long-distance runners who have dominated global track events, won scores of medals and broken world records.

However, their sports gear is typically not made in Africa.

Perhaps a thing of the past as Enda — a company co-founded in 2016 by a Kenyan businesswoman Navalayo Osembo is launching a new design for a high performance running shoe.

The inspiration behind the brand came after she noted that African countries usually consume sports products without participating in the production of any original brands.

As Enda's Chief Executive, Osembo explains how the brand's products are made specifically to enhance African athletic performance.

"Our shoes are designed to maximize a midfoot strike and so that is a kind of style that is very popular in East Africa including Kenya and Ethiopia and so we make shoes that reward that strike. We are also unique because we are the first of our kind in Kenya and in Africa basically people who are making performance running footwear. It has not been done before."

In partnership with a factory in Kilifi known as Umoja Rubber Products Limited. A team of 42 employees produces between 150 to 300 pairs of shoes per day for Enda whose brand name translates to "go" in Kiswahili. A word traditionally chanted by fans at competitions to encourage athletes as they approach the last stretch of intense races.

"I am proud to use something which is made in Kenya by Kenyans themselves. I have the shoe, used the shoe in different marathons locally and also abroad and it is a fantastic shoe."

Osembo believes that part fo the success is attributed to the climb in health consciousness during the COVID-19 pandemic lockdowns.

Although, Osembo shares that business has been booming even more since the unprecedented global Black Lives Matter movement.

"The Black Lives Matter movement saw an increase or an increase of support of Black-owned businesses and as an African brand we were also able to benefit from that being one of the few brands that are actually performance running made from Africa and so people also started looking at where they are putting their money and because we are a majority Black-owned business we also benefited from that."

Enda now plans to launch a training shoe that is specifically designed for mountain running by the end of 2021. 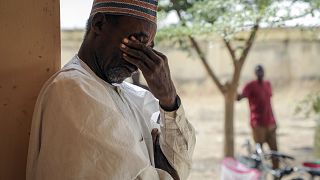