Hundreds of staff members of the national airline Tunisair on Friday protested in Tunisia against the freezing of the company's financial assets by a Turkish firm.

Turkey’s TAV froze the accounts because the company owes it millions of US dollars.

At the call of a Tunisair union, and supported by the powerful UGTT union, employees of the public company protested against this decision in front of the Tunisair headquarters in Tunis, according to an AFP journalist.

"To our surprise, the private company TAV proceeded to freeze the accounts of a public company that has existed for 70 years," Elyes Ben Miled, head of the Tunisian Transport Federation, said.

"There is a desire to methodically destroy this air carrier," said Noureddine Tabboubi, secretary-general of the UGTT.

"We are destroying the transport company (Tunisair), as well as our assets and the public sector."

The troubled airline has a higher proportion of staff to planes than almost any other aviation company and requires expansive state subsidies.

After the protest, the transport minister said the freezing of accounts was lifted and negotiations with TAV would begin to find an agreement on the debts.

The Tunisian government, the union and foreign lenders have urged reforms at state-owned Tunisair. 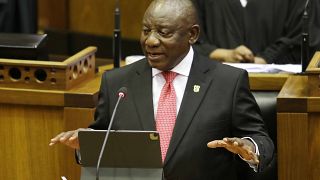