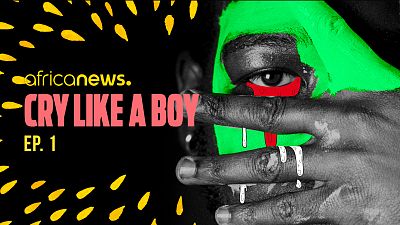 Innocent, was one of the Burundian men who physically abused their wives. He thought he was doing the right thing by behaving this way with her, he beat her, cheated on her, and constantly disrespected her. He thought he embodied what it was to be “a man” in Burundian society.

"Having several women gave me the impression that I am a real man, a powerful man, who stands out among the other men in my locality.”

Innocent and his wife Capitoline were one of the first couples to join the Abatangamuco, a group of men seeking to change the Burundian society's view of masculinity.

Come and learn more about this couple's amazing story in “Cry Like A Boy”, an original series of Euronews in collaboration with Africanews which aims to promote a cross-border discussion on gender roles, from the perspective of five African countries (Burundi, Senegal, Lesotho, Guinea and Liberia) and a global debate on a fulfilled masculinity respectful of all. The journalists behind the project work with a network of local correspondents in the countries covered by the project, as well as Africanews journalists.

In this episode, the Burundian journalist Clarisse Shaka explores the world of Abatangamuco, which means "those who reveal the light" in Kirundi. This podcast, the first of a two-part series, is hosted by Arwa Barkallah, former BBC correspondent in Dakar and freelance journalist.

Please do not hesitate to listen and subscribe to the podcast on euronews.com or Castbox, Spotify, Apple, Google, and give a review.

Podcast reviews, ratings and the number of subscribers are a key ranking factor used in podcast search algorithms (from Apple to Spotify).

THE ABATANGAMUCO IN BURUNDI: THE THEATER - EPISODE 1

(Husband beats his wife and runs after her)

Father of the violent husband: Hit that insolent wench harder!

Danielle Olavario: It’s a hot and sunny day. We’re in a big interior court of a Catholic church surrounded by many locals. The whole village is here. Women are carrying babies peeking out from behind their backs, men and children are fighting for the best spot to see the spectacle.

On the makeshift stage before them, amateur actors are dressed in clothes to represent the message that violence leads to unhappiness and poverty. The violent men in the sketch wear grey and sky blue rags while the women wear t-shirts and colorful skirts in rich red and orange.

Woman from the public: In this sketch, I’m realising, there are situations that I’ve lived in my own house. The violent man in rags, for example, reminds me of my husband.

Danielle Olavario: Together they play scenes from daily life in an ordinary family in this community, from violence to enlightenment, to reconciliation and happiness.

The captive audience gasps in shock, but none of them can sit still.

Welcome to Cry Like a Boy. I am Danielle Olavario and we’re in Burundi in East Africa.

Cry Like a Boy is an original Euronews series and podcast that explores how the pressure to be ‘a man’ can hurt families and societies. Stay with us as we travel across the African continent to meet men who defy centuries-old stereotypes.

Such as this one you are about to hear.

In this scene, Melchior Bukuru plays the father of an abuser who beats his wife for wanting to run in local elections.

Father of the violent husband: Listen to me, all of you, that’s my last word: a woman isn’t made to govern. It’s the men who’ve had this capacity, for a really long time. The power is made for men.

Danielle Olavario: The sketches tell stories of men who are tough and in control. Playing the role that society has laid out for them. They’re often supported by the wife's friends and family members. Because that’s how it’s been in Burundi for generations.

A strong man, head of the family, knows best.

Until he decides to stop and change.

In this landlocked African country with a population of 11 million, women don’t have inheritance rights. Though rights are different in the city, certain village communities remain very traditional. Here in Colline Gasunu, women and girls do housework and work in the fields harvesting bananas, corn, or beans.

Many young girls don’t have the right to go to school. Women don’t have the right to participate in community organisations or activities. Essentially, they are limited in what they can do. The men are breadwinners here, working as merchants or bar owners. They manage family finances and make all important decisions themselves.

Of course, these traditional gender roles are not foreign to us.

Many versions of the scene we just heard happen around the world.

This violence comes from toxic masculinity. What do we mean by toxic masculinity? Here’s a definition of it from Gary Barker, CEO, and founder of Promundo, a global NGO promoting gender equality.

Gary Barker: “By toxic masculinity, we mean the ideas, the norms, the attitudes that we raise boys around to think that we're dominant, that violence is the way to resolve problems, that we're superior to women, that being heterosexual is the only way one can be. We call that group of ideas: toxic masculinity”.

Danielle Olavario: Basically, it means that when men don’t have an outlet for their emotions because of societal pressures, they often turn to misogyny in the form of violence.

They can’t cry, so instead, they lash out.

Wife: I am really unhappy.

Danielle Olavario: Around the world, it is estimated that 35 percent of women have experienced either physical and/or sexual violence at the hands of their partner or another man at some point in their lives. According to the UN, in some countries, this number goes up to 70 percent.

The same study estimated that 137 women across the world were killed in 2017 by a member of their own family every day.

So when we see the Abatangamuco, we see something of a local solution to a very global problem, through an unexpected source:

These grim scenes of family life are played by other locals and the public knows them very well.

They call themselves the Abatangamuco which means “those who shine light” in Kirundi.

Umutangamuco is a man or a woman who is convinced that the household is for two people and who does not differentiate if some household chores are for men, or for women. Umutangamuco is someone who testifies that he is fulfilled and proud when he lives in a community without any form of domestic violence.

Danielle Olavario: Faustin, a farmer living in the Gitega region, created this movement in 2008 after he himself realised he had to break the mould and stop being violent with his wife. Since then, he says, he’s become happier. He has also gained thousands of followers across the country prepared to rethink their behaviour and change.

Faustin Ntiranyibagira: To be a mutangamuco (the one who shines light), a member begins to teach in his neighborhood where he gives his testimony, he shows the people who knew him well how he has changed. That's what helps people to change easily.

A mutangamuco starts with his own testimony accompanied by the sketches to change others. This is our main approach.

Danielle Olavario: Abatangamuco, which started in Gitega, is now present in 9 provinces out of 18 in Burundi. According to Faustin, some 8,670 men have already changed their lives thanks to the Abatangamuco. The programme is so successful that only four of the men dropped out in more than ten years. Faustin believes it works because the scenes are based on real-life experiences. Like this one, which was written based on a collection of different stories from the community itself.

Wife: What am I going to eat? Even this little eucalyptus was given to me by a charitable soul.

Violent husband: (Throwing the piece on the floor) Did you run out of food? Did you? Tell me.

Wife: Instead of giving me real food, you give me these trees?

They live in the biggest house in the village. When you arrive, their house stands out. It is surrounded by banana tree fields. We hear their farm animals making noise nearby.

When we arrive they are peeling cassava on the front steps of the house. They are chatting together.

Faustin, Abatangamuco’s founder who is accompanying us, jokingly says, they should give him a cow to pay him back for all the good he did for them.

Innocent and Capitoline live well now but it wasn’t always that way.

Capitoline Ndakoraniwe: I saw in him a monster. He beat me and gave me impossible orders. He would beat me to death, strip me naked, and apply chilli and salt to my body. I started to think about other men that I refused when my husband hit on me, I regretted it but it was too late. He chased me away, I cried all the time, I couldn't eat. He knocked me over the pots that were on the fire. Often I didn't eat at all, I slept outside, naked. It was my mother-in-law who came to my rescue, she found me hiding among the banana trees.

Innocent Barumpozako: I started beating my wife, I mistreated her until I drove her out of my house. I didn't want to see her anymore. I started seeing other women. But none of them spent more than two months with me. I never felt satisfied with one woman. I would go from one woman to another up to 27 women. Having several women made me feel like I was a real man, a powerful man, who stood out among the other men in my community.

Danielle Olavario: At the time, Innocent believed that his actions made him feel like a “real man”.

And then Innocent realised that even if he had an impression of being “a real man”, he wasn’t a happy man.

But what exactly is a “real man”?

A Streetcar Named Desire (1951): What do you two think you are? A pair of queens? Just remember what Huey Long said—“Every man is a King!” And I am the king around here, so don't forget it!

Danielle Olavario: Everyday men and young boys around the world are faced with conflicting messages about manhood, pushing ideas about power and strength that make it hard for healthy relationships to flourish.

But this couple stepped out of the roles society gave them and stepped into new ones.

In the next episode of Cry Like A Boy, we will look into Innocent’s past and see how his belief that violence and sex make a successful man changed his life so dramatically that he had to make a change. 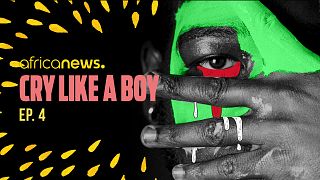 Domestic violence: when men are engaged for progress 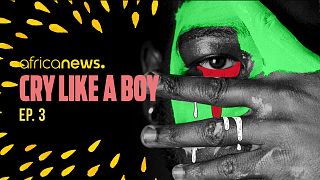 How to end domestic violence: Burundi's lessons for the world 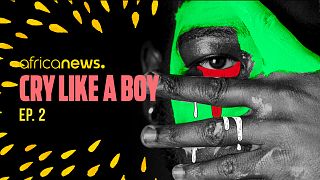 Domestic violence: when men are engaged for progress

How to end domestic violence: Burundi's lessons for the world