Islamist attacks in Mozambique's remote north have become less frequent and violent in recent weeks, a trend that analysts attribute in part to scaled-up counter-insurgency tactics.

Shadowy jihadists affiliated to the so-called Islamic State group have wreaked havoc in the gas-rich but impoverished Cabo Delgado province since 2017.

More than half of the roughly 800 assaults documented by US conflict tracker ACLED since 2017 took place last year alone, defying government efforts to boost its military presence in the area.

At least 2,500 people have been killed and more than half a million displaced in over three years, many of them impoverished villagers, according to ACLED and government figures.

ACLED only registered around 10 militant strikes in January, down from about 30 in December.

"We are seeing a success of the government forces' offensive strategy," Calton Cadeado, a security researcher at the Joaquim Chissano University in Maputo told AFP.

The insurgents are also thought to be running low on supplies, according to analysts and military sources.

The Cabo Delgado incursions have played out around a multi-billion-dollar liquid natural gas (LNG) exploration project off the Afungi peninsula, raising concern among project developers.

Jihadists remain in control of Mocimboa da Praia, a port used as a supply point for gas exploration before it was seized in August.

French oil giant Total evacuated workers in December after clashes broke out at the doorstep of its LNG facility.

Total CEO Patrick Pouyanne on Tuesday insisted the gas project was still "on track" to start production as planned in 2024.

"The security situation is problematic because jihadist groups got to within less than 10 kilometres (6.2 miles) from the site," Pouyanne said at a press briefing.

He added that Mozambican authorities had since agreed to provide a 25-km protection radius.

Soldiers on foot also killed an unknown number of suspected jihadists found hiding in a mosque, according to ACLED.

Civilian casualties were not mentioned, however, despite reports of insurgents using residents are human shields.

Rights groups have accused the military of manhandling civilians and indiscriminately killing anyone suspected of collaborating with the Islamist group, locally known as Al-Shabab.

But Cadeado noted the relationship between soldiers and locals had lately "improved a lot," helping military intelligence.

Surfing on the back of the recent advances, President Filipe Nyusi this month offered amnesty to insurgents wishing to surrender their arms.

He assured the authorities would "do everything to receive you safely, and guarantee your reintegration" into society.

African history expert Eric Morier-Genoud said amnesty offers can be effective but stand more chance of success when "insurgents are weakened or divided".

He warned that it was still too early to celebrate the observed drop in violence.

Some analysts suspect the militants may be re-strategizing and shifting away from rural attacks and towards the high-profile gas project.

"The worst scenario would be for them to scale back wider attacks but strike the heart of the LNG complex," said Cadeado.

If so, that plan faced a logistical challenge -- better-patrolled roads and sea routes had helped to crimp the insurgents' supply lines.

In addition, stores of weapons and ammunition seized from army bases have run down because of the militants' accelerated offensive last year, Cadeado suggested.

Another problem was that the violence had crippled agriculture, which in turn created a supply headache for the rebels.

"Where do you get food if there are no people producing it in the area at this point?" Cadeado asked. "There is no war without supplies, without logistics."

Military sources added that several groups had been to retreat from villages and into the surrounding bush, where foraging for food is tough. 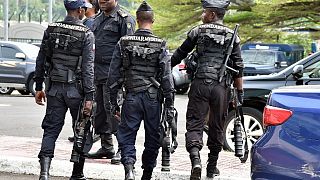 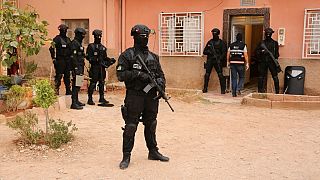 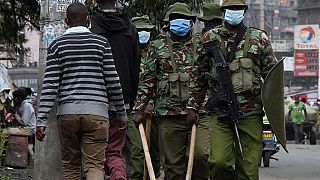