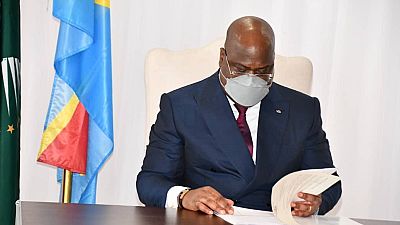 Congolese President Felix Tshisekedi will take over as African Union (AU) Chairman from South Africa’s Cyril Ramaphosa during a two-day virtual summit, which kicks off on Saturday.

The summit is convening at a time when the continent is battling the coronavirus – with infections and fatalities rising in various countries as the pandemic’s second wave cripples health systems.

There’s also conflict. Ironically, 2020 was named the year of ‘Silencing the Gun’ by the AU. While a fragile peace is holding in South Sudan and Libya, new conflicts broke out in Ethiopia with the potential to destabilize the entire Horn of Africa region, in the Central African Republic (CAR) while violence in the Sahel, Lake Chad region, the Democratic Republic of Congo and Cameroon continued to drive loss of life and displacement.

Here are some of the most pressing issues the incoming administration will have to tackle.

While vaccinations have begun in richer countries, only a handful of African countries have started administering Covid-19 jabs. Some do not even have vaccination plans.

With vaccine makers accused of operating on an order-with-cash model, developed countries with the financial muscle continue to lead in vaccinations as their poorer counterparts wait.

The African Union aims to immunize at least 60 percent of the continent’s 1.3 billion people in the next three years.

The organization has so far secured around 670 million doses for its member states. But many more are needed.

With economies devastated by the pandemic, it will be the AU’s responsibility to ensure that its poorest member states get access to the jabs.

In late October, Ethiopia, Sudan, and Egypt resumed virtual talks over the filling and operation of the $4bn Grand Ethiopia Renaissance Dam (GERD) project, which broke ground in 2011. But the negotiations broke down without a deal.

Addis Ababa has threatened to begin the second stage of filling the dam in the coming months even without a deal, prompting a warning from Khartoum.

The AU is helping to get the parties to agree but it is hard to see a compromise being reached soon.

The stakes have never been higher. The incoming AU leadership has a lot of listening to do.

Since last December, fighting has flared up again in the Central African Republic (CAR). The United Nations says 200,000 people have fled their homes in less than two months.

Conflict in the Central African Republic is not a new problem. Rebels opposed to President Faustin-Archange Touadera have stepped up attacks on the capital Bangui since December.

Touadera just won re-election but the rebels don’t recognize it. They have called for a transitional government instead.

The United Nations maintains a peacekeeping mission in the country known as MINUSCAR to protect civilians. The mission has mostly regarded the rebels as spoilers of the relative calm the country has enjoyed since 2016.

But now may be the time to stop ignoring them.

Touadera’s beleaguered government barely governs beyond Bangui. Vast swathes of land remain in the hands of militias and other armed groups.

The fighting which began in Ethiopia’s northern state of Tigray last November has refused to go away despite Prime Minister Abiy declaring victory.

The Tigray People Liberation Front (TPLF), the former governing party in the region has launched a guerilla campaign, making the place difficult for Addis Ababa to govern.

In November, the AU named former leaders Joaquim Chissano of Mozambique, Ellen Johnson Sirleaf of Liberia, and Kgalema Motlanthe of South Africa as its envoys on Tigray.

Away from their meeting with Abiy, the AU has been mostly silent on the matter.

The United Nations has voiced concern about severe shortages of food and other supplies in the region, while pressure for Addis Ababa to open up humanitarian access and for Eritrean troops to leave has also come from the United States.

Addis Ababa has so far dismissed calls for de-escalation.

Somali leaders on Friday wrapped up three days of UN-backed talks meant to end an impasse over the holding of elections without a deal.

The development means parliament will have to extend the mandate of President Mohamed Abdullahi Mohamed, also known as Farmaajo, which was due to expire on February 8.

The exercise has been delayed since last year as President Farmaajo, the opposition, and regional government leaders squabbled over election rules and the composition of the electoral board.

There’s concern that bickering over the election could trigger new social and political unrest. 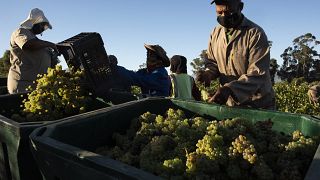