Egyptian star satirist Bassem Youssef had his country in stitches during the Arab Spring, but a decade later the politicians may well think they have had the last laugh.

Youssef, 46, now lives in the United States, unable to return home for fear of arrest, while in Egypt the government has a tighter grip than ever on political and cultural life.

"I'm enjoying my life in America," Youssef said in a video chat, adding wryly that "maybe the one thing I miss about Egypt is the mangos".

Youssef, originally a heart surgeon, rose to fame as a YouTuber and became a wildly popular TV host, mercilessly poking fun at presidents, generals and imams.

Dubbed the "Jon Stewart of Egypt" -- and at times collaborating with the US comedian whom he called his idol -- Youssef pushed free speech to the very limits.

One show guest-starring Stewart showed goons in dark sunglasses march the American satirist onto stage with a black hood over his head, accused of being "a foreign spy", and ended with Stewart's overthrow of Youssef as the show's host.

"I get in trouble," quipped Stewart, then the host of Comedy Central's "The Daily Show", "but nowhere near what happens to you".

Youssef fled Egypt in 2014 after his TV show was suspended over his mocking of then presidential candidate field marshal Abdel Fatah al-Sisi, now the head of state.

Today, he lives in California and has built a new career as a standup comedian, author and podcaster, but his reflections on Egypt are bitter-sweet.

"I don't want to even say that I'm an exile. I have passed that," said Youssef, who was unable to attend his father's funeral.

"When you always tell yourself you're exiled, in your mind you're thinking about when you're going to go back. I don't think about that anymore."

Youssef made his unlikely career change from cardiologist to comedy star with YouTube clips filmed from his laundry room.

They captured the popular mood in the heady days of the Arab Spring when people power ousted a string of autocrats across North Africa and the Middle East.

After protesters toppled Egypt's long-time president Hosni Mubarak in February 2011, Youssef went on to host the blockbuster late-night show "El Bernameg" (The Program), beloved beyond Egypt for its biting satire and taboo-busting humour.

But his last major show was taken off the air in 2014 after a sketch poked fun at Sisi, whose government has since jailed thousands of activists, artists, journalists, lawyers, academics and politicians.

Youssef reflected that "a huge part of the success of El Bernameg was the circumstances that it came out of. And you cannot replicate that because these circumstances are not there anymore.

"In the end, nothing will ever be as successful. No other show will come with 40 million people weekly. And we have to all, including me, live with that."

Youssef has since authored books including "Revolution for Dummies" and reached out to over 15 million followers across his social media accounts.

He has appeared on Stephen Colbert's "Late Show" and performed as a stand-up comedian, often drawing parallels between ex-US president Donald Trump and Arab world strongmen.

"When I'm in America, my show is about me as an immigrant... living in these peculiar times," he said.

Youssef still thinks of home, and the turmoil that brought him to fame.

"You can't be really done with your home country because you're still an Egyptian. It's part of you," he said.

Despite Egypt's return to autocratic rule, he said, the legacy of the Arab Spring lives on and "the impact is still there".

"It kind of broke a long-lasting, traditional way of thinking," he said. "You can see it and you can feel it with the younger generations, with the way they feel about politics, religion, everything."

While Youssef is proud of his role in the past, he rejected the label of activist and said: "I'm just done trying to fight a useless fight that everybody is pushing you into."

Youssef was speaking from Dubai, where he has been filming his new show "Ask Bassem", focussed on his passion for veganism and nutrition, for Saudi-owned television station Asharq.

"It's a way to go back to the Arab world without the usual risks we all know about," said Youssef.

"I'm using my platform, I'm using my fame in order to make a positive impact and help people be better. It's not really far away from what I've been doing. 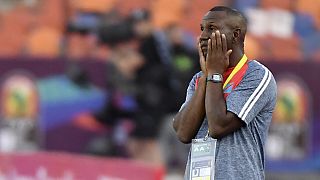 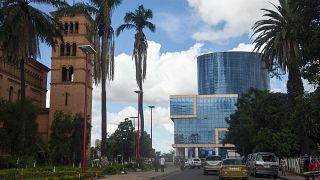 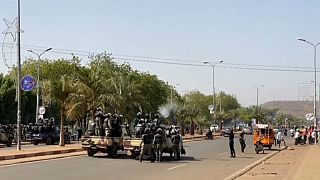